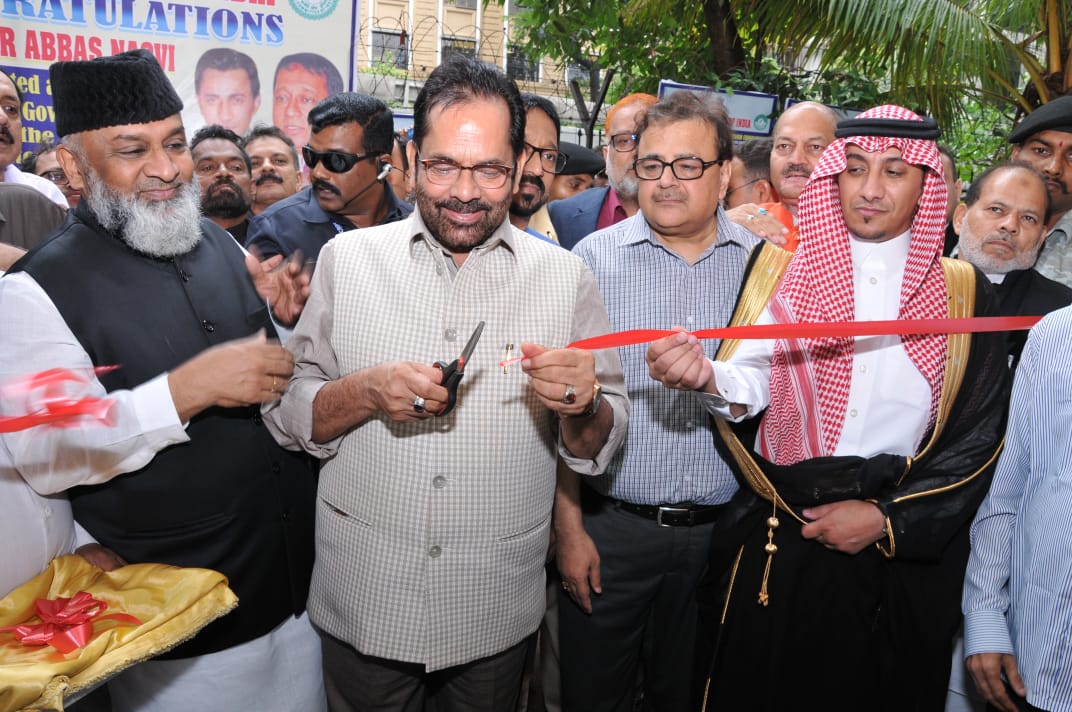 Inaugurating the newly renovated hall of Haj House in Mumbai today, Shri Naqvi said that India is the world’s largest secular-democratic country, as while after the partition, Pakistan chose to become an Islamic nation, the majority Hindu community of India chose the path of secularism. Despite different languages, faiths, eating and living styles, India’s culture has kept us united through a strong bond of unity; today, the minorities in India are moving forward on the development path with religious and social freedom, he added.

The Minister said that the strong, inclusive culture, unity and harmony of India has defeated terrorism and other enemies of humanity. Terrorist groups such as Al Qaeda and IS have not been successful in their evil designs due to commitment to unity of our society. The Muslim community in India knows very well that terrorism is the biggest enemy of entire humanity and Islam.

Shri Naqvi said that we should remain cautious to ensure that no negative agenda is successful in disturbing the atmosphere of inclusive development and harmony; we have to make secularism and democracy our “positive strength” and not a “negative weakness”.

Shri Naqvi said that for the first time since Independence, a record number of 2 lakh Indian Muslims will go to Haj this year without any subsidy; the honest and transparent system developed by the Government under the leadership of Prime Minister Shri Narendra Modi has ensured that even after removal of Haj subsidy, there is no unnecessary financial burden on the Haj pilgrims.