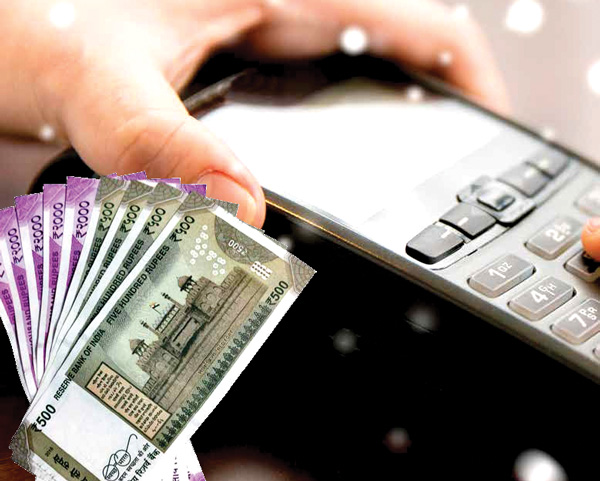 Where is the black money? With canine metaphors dominating the discourse, let me mention a Dalmatian. A Dalmatian puppy is born pure white, but progressively acquires black (or tan) spots throughout its life. Unless it is FICN (fake Indian currency note), when born through RBI, a note is spotless. It acquires tinges of black because there is an act of tax evasion or because the note is used to transact a criminal activity. Do note, detected FICN numbers have dropped post-demonetisation. 5.94 lakh such notes in 2014-15, 6.32 lakhs in 2015-16 and 1.57 lakhs in the eight months from November 9, 2016 to July 14, 2017. Pro-rata, the decline is discernible. As with non-FICN black money, demonetisation is meant to address the stock. The flow of fresh FICN, or non-FICN black, has to be addressed through other instruments.

Cash (interpreted as currency with public) performs a useful transaction function. One doesn’t have to be an economist to appreciate this. However, that transaction function is performed by “money” and all “money” needn’t be cash. Excess cash with public is inefficient. It doesn’t fetch returns for the holder, nor does it perform money’s multiplier role. How much is “excess”? Circa 2000-01, India had a cash/GDP ratio of 10.5%. With digitisation and use of non-cash instruments, that should have declined over time. Instead, in 2014-15, it increased to 13%. Clearly, something more than that useful transaction function was occurring. One needn’t look for comparable figures in developed countries. In 2015, the ratio was 5.8% in Bangladesh, 3.5% in Sri Lanka and 9.3% in Pakistan. In India, post-demonetisation, the figure has dropped to a little less than 9% in 2016-17. Why is that undesirable? On November 8, 2016, the value of Rs 500/1,000 rupee notes (outside the banking system) was Rs 15.44 lakh crores and by June 20, 2017 (latest data from RBI), almost all had returned to the banking system. There can only be limited deductions. More and more people, and let’s not forget sharp increase in Pradhan Mantri Jan Dhan Yojana (PMJDY) accounts, have started to use electronic modes, recognising that cash fetches no returns and is inefficient. (Both volumes and values of electronic payment usage have increased.) More importantly, some people with black cash have recognised, this time the threat is credible, unlike in the past. Did you notice figures published by the Swiss National Bank? Such data has been in public domain since 1987? Funds directly held by Indians with Swiss banks have been declining. We have data till end of 2016 and the absolute number is now one-third of what it used to be in end-2006. Correlating an event of November 8, 2016 with this decline would be crazy. But that is indeed the point. November 8, 2016 wasn’t an isolated decision hanging in thin air. It is part of a process and only one instrument in a larger package designed to attack black.

Do you remember a scene from “Mujhse Shaadi Karogi”? This is the dog metaphor again. Amrish Puri has a dog named Tommy. Parts of the pug are black. When it is replaced with another pug without black marks, the replacement is painted black. But the black paint washes off and the replacement Tommy bites Amrish Puri. In a reversal of sorts, just because black has come into the banking system, black marks don’t wash off. After subsequent scrutiny, black continues to bite, because it is more than paint and won’t wash off.

Operation Clean Money was launched on January 31, 2017. Based on this, 18 lakh accounts (with Rs 2.89 lakh crore of deposits) are suspect because they do not have transactions in line with historical trends. Use of data analytics added another 5.6 lakh suspicious accounts. Between November 2016 and end-May 2017, IT department investigations discovered undisclosed income of Rs 17,526 crores and led to seizure of Rs 1,003 crores. 3 lakh registered companies have had suspicious transactions and 37,000 shell companies have been identified. 2.09 lakh companies have been struck off the register, trading has been suspended for 163 companies and 1.06 lakh directors have been identified for disqualification. How did so many drop-box companies operate in Kolkata and Delhi, sometimes from a single postal address and a single email address too? How were there 150,000 shell companies in Kolkata? Down the years, how did they operate with impunity? Till 23 May 2017, 400 benami transactions have been identified and 240 provisional attachments have taken place. Indians travel abroad and in November 2015, December 2015 and January 2016, spent around 40 million US dollars a month on foreign travel. In November 2016, December 2016 and January 2017, this shot up to more than 200 million US dollars a month. Credit card bill payments in cash (more than Rs 1 lakh in cash) also jumped. No doubt these transactions will be scrutinised. This is involuntary compliance, though that expression sounds like an oxymoron. In the realm of voluntary compliance, Income Declaration Scheme led to declaration of Rs 67,382 crores between June 1, 2016 and September 30, 2016 and searches and seizures between May 2014 and September 2016 yielded Rs 56,378 crores. Because these numbers were substantial, Pradhan Mantri Garib Kalyan Yojana yielded Rs 4,900 crores, from 21,000 declarants. The number of income tax returns filed has also increased.

In the broader anti-black package, of which, November 8, 2016, was one element, preference should be on voluntary compliance. But if that doesn’t work, there has to be a credible deterrent of forced compliance. Unlike in the past, the deterrent and threat are now credible. Where is the black money? The answer is blowing in the wind, but one has to know where to look.

(The writer is Chairman, Economic Advisory Council to PM and Member, Niti Aayog.)