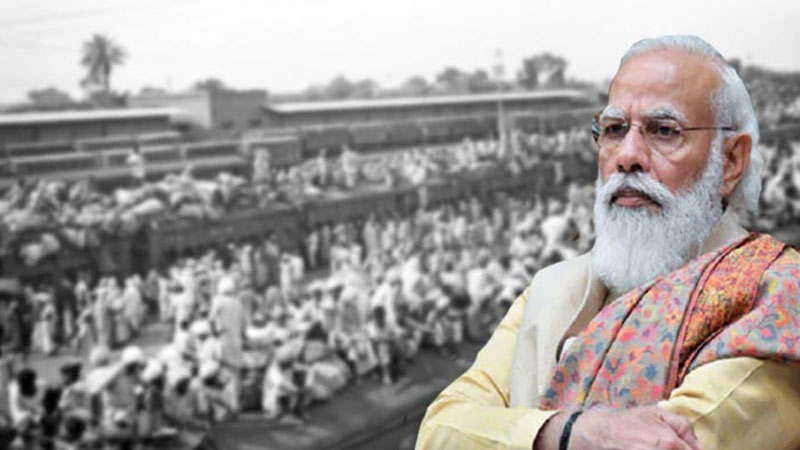 In a fitting tribute to all those who lost their lives due to the partition of the nation and were displaced from their roots, the Government has decided to observe 14th August every year as the day to commemorate their sacrifice. Declaration of such a day would remind present and future generations of Indians of the pain and suffering faced by the people during the partition. Accordingly, the Government has declared 14th August as ‘Partition Horrors Remembrance Day’ (विभाजन विभीषिका स्मृति दिवस).

In a series of tweets, the Prime Minister, Shri Narendra Modi made the solemn announcement.

The Prime Minister tweeted “Partition’s pains can never be forgotten. Millions of our sisters and brothers were displaced and many lost their lives due to mindless hate and violence. In memory of the struggles and sacrifices of our people, 14th August will be observed as ‘Partition Horrors Remembrance Day’.

May the #PartitionHorrorsRemembranceDay keep reminding us of the need to remove the poison of social divisions, disharmony and further strengthen the spirit of oneness, social harmony and human empowerment.”

He further said, “The circumstances arising out of partition allowed the politics of appeasement and negative forces to dominate. We must learn from history to ensure that this mistake is never repeated. Because those who do not learn from history are forced to suffer again and again.”

Union Home Minister said, “The wound of the partition of the country and the grief of losing loved ones cannot be described in words. I am sure that ‘Partition Horrors RemembranceDay’ will strengthen peace, love and unity by eliminating the ill-will of discrimination and malice from society”.