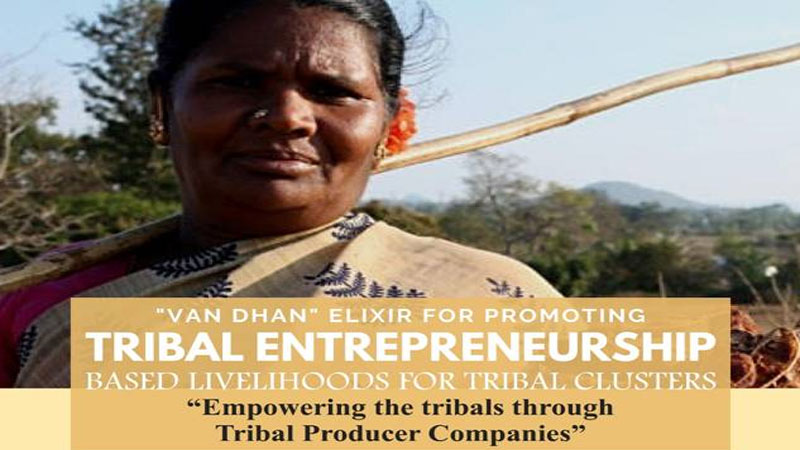 200 Van Dhan producer companies are planned to be set up in 27 States during 2020-21 to 2025-26 with priority in Aspirational Districts under Van Dhan programme of TRIFED. It is worth mentioning that a Van Dhan Producer company existing in Jawadhu Hills in Tiruvannamalai district, Tamil Nadu since 2020 is a noteworthy example of how this initiative benefits the tribals and promotes tribal entrepreneurship.

To help the tribals empower themselves and gain better opportunities and market access, the Jawadhu Hills Tribal Farmer Producer Company was formed in 2020. It falls under the State Balanced Growth Fund for Value Addition of Non-Timber forest Product and Agricultural Products of Jawadhu hills, Tiruvannamalai District (SPV).
In less than a year, four manufacturing units have already been set up for, the processing and packaging of tamarind, minor millet, and honey and pepper. The units, which are being run by the tribals, have started production in November 2020.

The daily production capacity is 1 tonne. Up until now, in less than 4 months, the producer company has sold processed products up to Rs 12 lakhs. The Van Dhan tribal start-ups, a component of the same scheme, is a programme for value addition, branding & marketing of Minor Forest Produces by establishing Van Dhan Kendras to facilitate creation of sustainable livelihoods for the forest-based tribes.