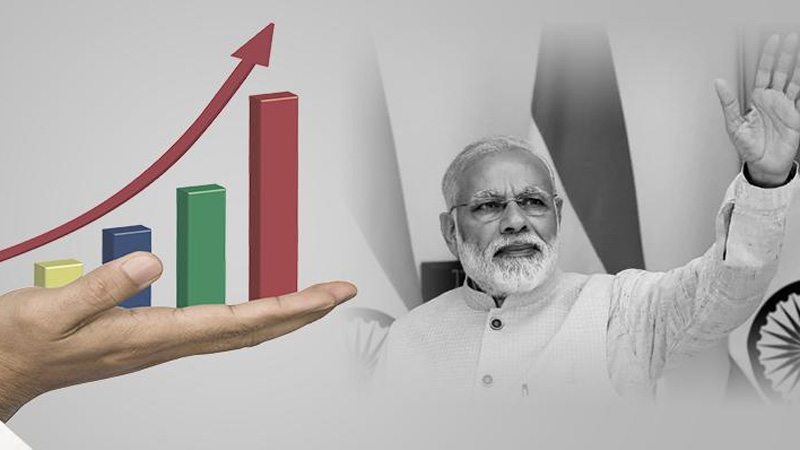 As per the report, the world economy is facing substantial and more persistent inflationary pressures. Global inflation is projected to increase to 6.7 percent in 2022, twice the average of 2.9 percent during the past decade. Headline inflation in the United States has reached the highest level in four decades. Inflation is rising in many countries across Western Asia and Latin America and the Caribbean, and in the CIS region.

Breaking the records of 41 years, Inflation in the United States has reached 8.4%. It is the highest since December 1981. 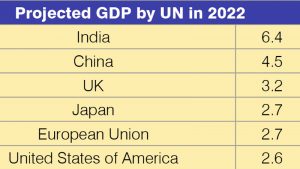 transportation costs of goods, exacerbating the inflation rate. The United Kingdom is also dealing with the same issue. Inflation in the United Kingdom has also reached 8.4 percent, the highest level in four decades. It is the highest among the G-7 nations. Inflation in the UK is caused by the same factors – rising gas and petrol-diesel prices. Sri Lanka, India’s neighbour, is experiencing one of its worst economic crises since independence. The pandemic affected the Sri Lankan economy faces 30 percent inflation, which is expected to go up 40 percent in a few months.

Concerning the global scenario, the UN report states that rising food inflation exacerbates food insecurity and pushes millions below the poverty line in many developing countries that are still dealing with the economic fallout from the pandemic. Rising poverty will inevitably worsen inequality in the short term, both within and between countries. In India, on the other hand, extreme poverty has been eradicated through ongoing programmes such as the Pradhan Mantri Garib Kalyan Ann Yojana (PMGKY). According to an IMF report titled ‘Pandemic, Poverty, and Inequality: Evidence from India’ released in April this year, ‘extreme poverty was maintained below 1% in 2020 due to PMGKY.’

In the midst of a bleak global economic picture, the Modi government, through its better monetary and fiscal measures, has maintained the growth trajectory of the economy.