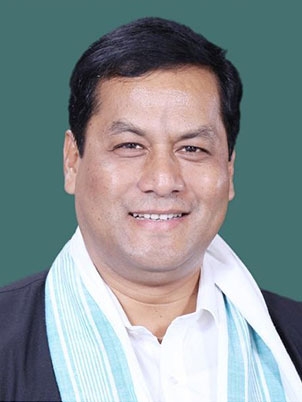 Acharismatic and visionary statesman and a man of towering personality, Hon’ble Prime Minister Narendra Modi ji envisages to make India a Vishwa Guru. His landmark initiatives based on ethical values and India’s philosophy have bolstered the country’s image worldwide. Today there is a new found confidence among the Indians resulted by the unprecedented advancements pioneered by the Hon’ble Prime Minister in the sphere of politics, economy, science & technology and environment. In no uncertain terms, Hon’ble Modi ji’s life and works have today become an unequalled source of inspiration for our people.

The way Hon’ble Prime Minister has scaled the ladder of life, overcoming all challenges and adversities deeply motivates us. The journey he traversed from the humble background of a tea seller to the position of the Prime Minister of the world’s largest democracy shows his sheer grit, agility and resoluteness. It is only because of his strong-will that he could pursue his studies unhindered even while helping his father in running a tea stall, which was his family’s only source of income. His deep desire and determination to serve Bharat Mata impelled him towards achieving the goal of his life. His hardworking nature and devotion towards his father are inimitable examples for others to follow.

The people of the country have witnessed today the fruits of the journey that Hon’ble Prime Minister Modi ji has set in motion after assuming power in 2014 for the country’s inclusive growth taking people of all caste, creed and communities along following his principle of “Sabka Saath, Sabka Vikas, Sabka Viswas”. The non-resident Indians also feel proud being Indian today due to Hon’ble Prime Minister’s statesmanship and visionary moves. The kind of respect, reverence and devotion showed towards him during his visits to foreign countries exemplify the popularity that he enjoys throughout the globe.

Hon’ble Prime Minister’s path-breaking initiatives to take forward the country’s 5000 years old culture and civilization makes the world community realize India’s power and capabilities. India’s culture and ethos draw undivided attention of the world today profoundly inspiring its 7.5 billion population. The United Nation’s decision to celebrate International Day of Yoga since 2015 as an instrument of global peace and robust physical and mental health in response to Hon’ble Modi ji’s call, is also a recognition to him as a global leader.

21st century is an age of science and technology. While Hon’ble Prime Minister Narendra Modi ji in the year 2014 launched ‘Digital India Programme’ to tap the potential of innovative technologies, many people could not realise the depth and importance of his initiative. However, gradually they have understood the prudence of the ‘Digital India Programme’ as it was embedded with the inherent virtues of carrying out the development narratives by instilling scientific temperament, bringing transparency at all levels of administration and weeding out corruption by executing most of the administrative works digitally. The programme is indeed successful in taking our country to a greater height. The most promising aspect of this novel initiative is the fact that our younger generation is taking keen interest in making ‘Digital India’ a success. During COVID 19 pandemic, our countrymen have understood the importance and significance of digital mode of operation. Not only government services, operations at non-government organizations and teachings at all levels of education are being conducted by digital technologies today.

Similarly, the National Education Policy 2020 which envisions creating better human beings with roots embedded in strong academics and value-based education is yet another contribution of the Central government led by Hon’ble Prime Minister. Taking Indian languages and culture as one of its cornerstones, this new education policy provides a ray of hope to everybody to march forward in the global landscape with a new set of progressive ideas coupled with traditional and scientific values of our country. With the implementation of the policy, our country will be transformed into a global epicentre of knowledge and wisdom.

Hon’ble Prime Minister Narendra Modi ji has been working to strengthen the edifice of Indian Parliamentary Democracy before the world. He has reflected enormous trust in our democratic system. We witnessed a symbol of his respect for democracy, when he bowed down before the stairs leading to the Parliament at the time of entering the House for the first time as Prime Minister. This was an auspicious expression of his respect for the Parliamentary Democracy which is a way of our life and a mean for our development. After taking over the charge of Prime Minister, he had eloquently declared himself to be a servant of the people. Our countrymen have already received a testimony of that for over the last 6 years when he made ‘service to the country’ as the main tenet of his life.

Moreover, the self-esteem of our countrymen has received a major boost as a result of the steps taken by the Hon’ble Prime Minister towards protecting our sovereignty, unity and integrity. The accountability of the Hon’ble Prime Minister towards our country is adequately reflected through the surgical strike perpetrated against Pakistan and our defence forces’ uncompromising stand along the Indo-China border. Abrogation of Article 370 to strike off special status to Jammu & Kashmir to strengthen the ideal of ‘One nation, one Constitution’ is an essence of Hon’ble Prime Minister’s love for the country. The sequel of steps taken by Hon’ble Prime Minister has developed a promising environment for fulfilling Mahatma Gandhi’s dream of a Ram Rajya. The long-standing aspirations of the people of India for a Ram Temple at Ayodhya bore fruits as the country found out a legal solution to the 500-year-old land dispute and Hon’ble Prime Minster Modi ji leading the country in a unique and disciplined way to perform Bhumi Pujan for the Ram Temple.

Besides, the Hon’ble Prime Minister has been steadfast in astutely leading the development of North East along with other parts of the nation. Never did any government in the history of independent India was so committed as the present Central Government to catapult the development of North East. The present Central government under the leadership of Hon’ble Prime Minister for the first time drafted a roadmap for a pragmatic discovery and utilization of possibilities and potentials of the entire North East. In spite of being blessed with vast resources the indifferent and negligent attitude of the previous governments had dented the morale of the people in this part of the region. As a result, the people of Northeast could not move forward on equal footing to become a part of the country’s development process. In stark contrast, the faith and optimism of people of the region have increased in the process due to Hon’ble Prime Minister Narendra Modi ji’s visionary policies.

Hon’ble Modi ji has initiated revolutionary steps for rapid development of the northeastern region while terming it as ‘Astalakshmi’ and ‘New Engine of Growth’ for the country. The Central Government has mandated every minister to visit the region once in every fortnight for ensuring speedy implementation of development schemes here while the Hon’ble Prime Minister himself made more than 30 visits to the region which is a record in itself. This shows his goodwill towards Northeast. New doors of opportunities have opened up in communication, transportation, trade and business, tourism, cultural exchange, sports, information technology, agriculture etc. as Hon’ble Prime Minister has initiated steps to link Northeast with South East Asia through Act East Policy.

Hon’ble Prime Minister has glorified the Assamese ‘gamosa’, which is the symbol of Assamese identity, at the world stage by wearing it in different national and international fora. He has strengthened the self-confidence of the Assamese people by honouring the creation of Assamese weavers in his own way. He has provided a new lease of life to Assamese identity and bolstered the cultural horizon of the state by conferring Bharat Ratna upon music maestro Dr. Bhupen Hazarika. He has tremendous goodwill towards every community of the state and his step for bringing lasting peace to the state through the Bodoland Territorial Region (BTR) agreement has given renewed vigour to the state’s development process.

Hon’ble Prime Minister has shown an exemplary work culture to the people of the country as he has inspired everyone to work hard while leading from the front to make India a top country in the world. He has shown an example of hard work and dedication by working 20 hours a day.
By dedicating himself to the cause of equal development of every citizen of the country, Hon’ble Prime Minister has made it possible for differently abled people to live a life of dignity while terming them as ‘Divyang’. He has initiated various schemes for women, children, farmers, unemployed youths among others and successfully implemented them at the grassroots. He has already taken steps for pragmatic execution of economic stimulus package worth Rs 20 lakh crore, which he announced for reviving the pandemic hit economy of the country. The steps initiated by him for achieving the vision of ‘Atmanirbhar Bharat’ have tremendously boosted the confidence of the country’s people. There was no precedent in India’s history of announcing economic package of such a magnitude for safeguarding people’s interest.

The steps taken by Hon’ble Prime Minister to shape the country in tandem with our rich cultural heritage and tradition have awakened self-realization among the people of the country and made them enthusiastic to become stakeholders in the nation building process. The initiatives
of Hon’ble Prime Minister to augment the country’s development process would soon turn India into one of the strongest countries in the world which every Indian deeply realizes.

(The writer is the Chief Minister of Assam)