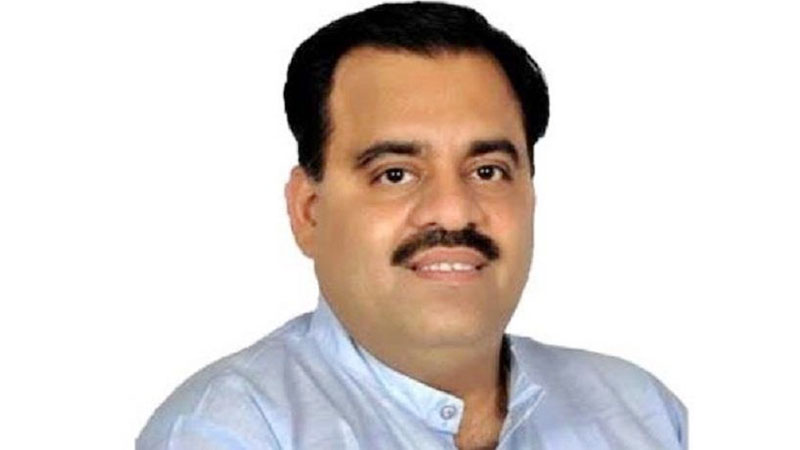 On the Jayanti of Atal Ji (25th December)

If the confluence of honesty in personal life, decency in behaviour, simplicity in nature, and grace in personality is to be found in a single person, then it is found in the personality of Bharat Ratna Shri Atal Bihari Vajpayee. Honesty in politics, good governance in government, and a best Parliamentarian as well as a celebrated poet, great patriot, and Ajatshatru, former Prime Minister of India Bharat Ratna Shri Atal Bihari Vajpayee’s personality, was as vast as the Himalayas. The impact that Atal ji made with his thoughts on the lives of the people of the country will always be remembered. As a successful Prime Minister, his contribution to the country’s economic development and social welfare of the people was a guiding light for India in the 21st century. The great work done by his unflinching creativity and towering personality will always remain immortal for the time to come.

Shri Atal Bihari Vajpayee was the real gem of India. He did politics by staying connected to the grassroots and made his place in the hearts of the people. Today, Prime Minister Shri Narendra Modi is continuously taking forward his thoughts and the works of development of the country.

Shri Atal Bihari Vajpayee has been called the visionary of India’s development because of his work as a politician and as a Prime Minister who established values and ideals in Indian politics. Whether it was to create a sense of dedication in the 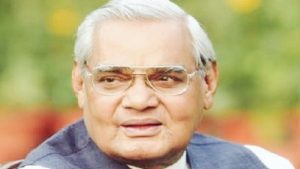 Former Prime Minister of India Bharat Ratna Shri Atal Bihari Vajpayee’s personality, was as vast as the Himalayas. The impact that Atal ji made with his thoughts on the lives of the people of the country will always be remembered. As a successful Prime Minister, his contribution to the country’s economic development and social welfare of the people was a guiding light for India in the 21st century

Shri Atal Bihari Vajpayee, the man of the era, who began his journey as a Pracharak of the Rashtriya Swayamsevak Sangh became the Prime Minister for three times, was born on 25 December 1924 in Gwalior. He completed his graduation from Victoria College, Gwalior, currently known as Laxmibai College. After graduating, Shri Atal Bihari Vajpayee also received a master’s degree in arts from DAV College, Kanpur with first division. He got the qualities of an intense speaker and poet from his father. He became a Swayamsevak of the Rashtriya Swayamsevak Sangh during his student life. He also worked as a journalist and for a long time edited many newspapers and magazines imbued with the national spirit like Rashtradharma, Panchjanya and Veer Arjun. Shri Atal Bihari Vajpayee was a founding member of the Bharatiya Jana Sangh and worked for a long time with nationalist leaders such as Dr Syama Prasad Mookerjee and Pandit Deendayal Upadhyay.

Shri Atal Bihari Vajpayee was the National President of Bharatiya Jana Sangh from 1968 to 1973. For the first time, in the Lok Sabha elections of 1957, he reached the Lok Sabha after winning as a Jana Sangh candidate from Balrampur Lok Sabha seat in Uttar Pradesh. Shri Atal Bihari Vajpayee, who was the leader of the Janasangh parliamentary party from 1957 to 1977, impressed even the first Prime Minister Pandit Jawaharlal Nehru with his fiery speeches.

Shri Atal Bihari Vajpayee’s personality was very pleasant. He openly opposed the imposition of emergency by Smt. Indira Gandhi in 1975. After the 1977 Lok Sabha elections, for the first time in the country, the Janata Party government was formed under the leadership of Shri Morarji Desai, in which Atalji was made the Foreign Minister. As a Foreign Minister, he created a bold image of India in the whole world. As Foreign Minister, he became the first speaker of the country to deliver a speech in Hindi at the United Nations.

On his Birth Anniversary (25 December),
I pay tribute by remembering his immortal
lines-

single largest party in the 1996 Lok Sabha elections, Atalji became the Prime Minister of the country after being unanimously elected as the leader of the parliamentary party. This government lasted only for 13 days. In 1998, the BJP again emerged as the single largest party for the second time and Shri Atal Bihari Vajpayee became the Prime Minister of the country for the second time. But this government could last only for 13 months. In this short tenure of 13 months, Shri Atal Bihari Vajpayee, the Prime Minister, showed strong willpower and made the whole world realize the power of India by conducting nuclear tests in Pokhran. Many countries, including the US and the European Union, imposed various restrictions on India, yet India was able to successfully deal with all kinds of challenges under the leadership of Shri Atal Bihari Vajpayee.

In the 1999 Lok Sabha elections held after the victory in the Kargil War, the BJP again emerged as the single largest party under the leadership of Shri Vajpayee and formed a government in the form of a National Democratic Alliance under his leadership. This government completed its full term. During this tenure, many dimensions of progress touched a new high in the country.

(The writer is National General Secretary of BJP)