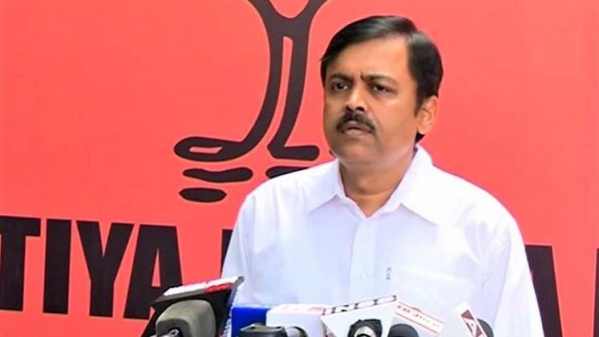 Shri Rao said this is a matter of great surprise that questions raised could not be answered by his lawyer. He said that BJP would certainly like Rahul Gandhi to answer this today itself.

He said that the documents filed at the office of Returning Officer raise suspicion about not only his citizenship but also about his educational qualifications and property.  Shri Rao said that according to the papers filed by Rahul Gandhi in 2004 he invested in a company called BackOps Limited registered in London and he served as a Director of that company and the official documents submitted by the company to the British authorities in the form of Memorandum of Articles of Association and Annual Returns for the period ending 21.08.2005 show that Rahul Gandhi was a British citizen. If he was a British citizen at that time, he would have automatically forfeited citizenship of India because of Citizenship Act of India, 1955 which clearly states that any citizen of India acquiring citizenship of any other country automatically forfeits his citizenship of India, he pointed out. Shri Rao wanted to know if Rahul Gandhi was indeed a British citizen in 2005 or earlier and later. He said that once you lose your Indian citizenship you cannot contest any elections in the country, be it Lok Sabha or Assembly. So, Mr Gandhi must come out and clarify things today itself, Rao asserted.

BJP National Spokesperson raised serious questions about educational qualifications of Rahul Gandhi. He said that there had been an attempt to suppress facts and also there is certain haziness about his educational qualifications and years  in which he is supposed to have acquired them. In different affidavits filed in different elections from 2004 to 2009, to 2014 to 2019 there are  many discrepancies, he pointed out. In 2004 elections educational qualifications given by Rahul Gandhi includes a senior secondary school certificate in 1989 which is 12th standard and after that he clearly mentions M Phil which he is supposed to have got from Trinity College, Cambridge University in development Economics, he said.

BJP National Spokesperson said that there is no one named Rahul Gandhi who acquired M. Phil degree from Trinity College, Cambridge in 1995 as Rahul Gandhi had claimed. However in 2004-05, one individual has acquired that degree and that individual’s name is Raul Vinci. Shri Rao enquired whether Rahul Gandhi goes by multiple names in different countries. Is he Raul Vinci same person as Rahul Gandhi or is he a different person?

He said that it is now for Rahul Gandhi to clarify all this mystery and place all the facts before the country. Shri Rao demanded documentary evidence for everything to be put in public domain. Otherwise people would have serious doubts about his qualifications, identify and citizenship.

Shri Rao came down heavily on Rahul Gandhi on his earnings and his own property. He has showed himself to be the director of BackoOps Limited in 2004 election affidavit but what happened to that investment later is not known, Rao said.

He also raised questions about the prized properties of Rahul Gandhi in Unitech in Gurgaon without having paid anything and at a time when the company’s name was prominently mentioned in the 2G scam.