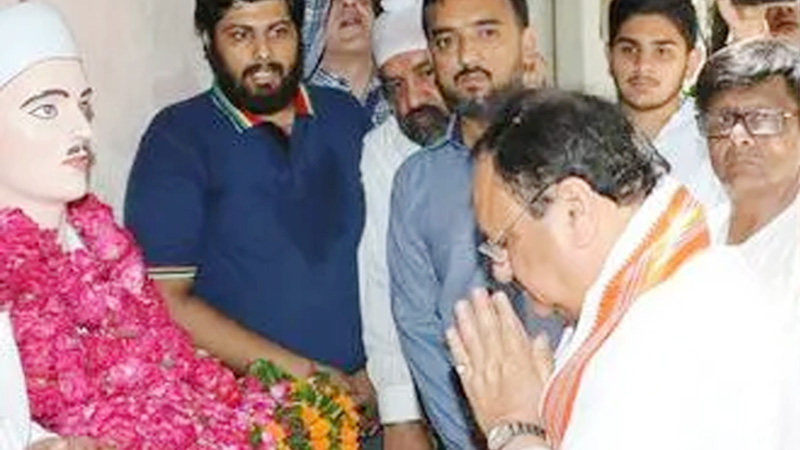 BJP National President Shri Jagat Prakash Nadda addressed a Karyakartas SAMMELAN in Ludhiana, Punjab on May 14, 2022. Speaking on the occasion Shri Nadda said, “The people of Punjab have lost faith over the Congress party and the Shiromani Akali Dal and the people of the state are seeing the true colours of the Aam Aadmi Party and its government. Now they have trust and faith only in Prime Minister Shri Narendra Modi and the Bharatiya Janata Party.

Did the people of Punjab vote for this day that their state will be governed by someone else? Is this not the betrayal of Punjabiyat? It is the responsibility of the Bharatiya Janata Party to work as the main opposition party in Punjab, Shri Nadda asked.

He said the law and order situation in Punjab is pathetic. We hear disturbing news sometimes from Patiala and sometimes there is a grenade blast in Mohali. Daily there is news about atrocities on women and Dalits but the Aam Aadmi Party government is least bothered. The Punjab police makes frequent visits to Delhi to arrest our youth leader Shri Tejinder Singh Bagga, but it does not have time to check infiltration of drugs and arms and ammunition in the state. That work is being done by the Haryana police.


A day before the birth anniversary of the icon of India’s freedom movement Sukhdev Thapar ji, the Bharatiya Janata Party National President Shri Jagat Prakash Nadda visited the ancestral home of the great martyr at Ludhiana in Punjab and paid rich tributes to the freedom fighter on 14 May, 2022.

A large number of youth also visited the ancestral home of martyr Sukhdev Thapar ji and offered floral tributes at the bust of the great freedom fighter.

Shri Nadda said the life of freedom fighter Sukhdev Thapar ji, who brought Britishers on their knees, inspires all Indians. Similarly the great contributions of brave hearts Bhagat Singh, Sukhdev and Rajguru will always be remembered by the generations to come. They are immortals.