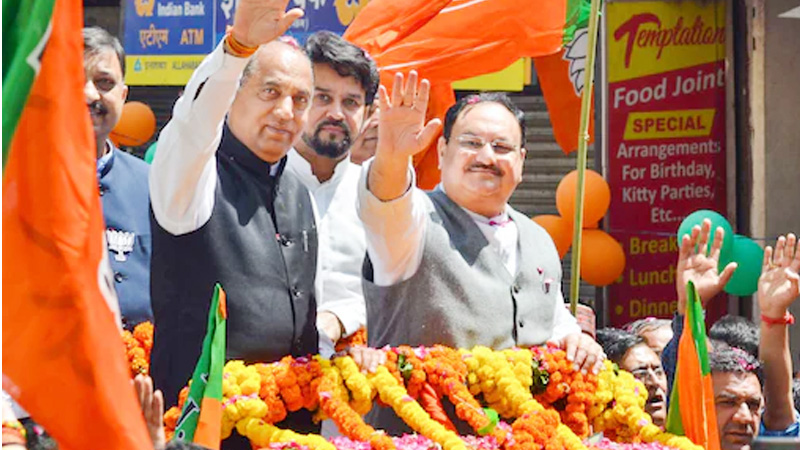 The Bharatiya Janata Party National President Shri Jagat Prakash Nadda on 13 May, 2022 held a massive road show on an open jeep in Kullu, Himachal Pradesh. There was great enthusiasm among the people during the road show as Shri Nadda was given a rousing welcome. Shri Nadda also flagged off 50 new ambulances after the road show.

The massive victory of the Bharatiya Janata Party in Uttar Pradesh, Uttarakhand, Manipur and Goa has clearly proven that the people of the country have risen above the politics of casteism, communalism, appeasement and dynasty politics.
The people of India are today firmly with Prime Minister Shri Narendra Modi and his politics of development, growth, progress and prosperity of all sections of our society.

In the past 5 years a strong rural road network of 6148 kms has come up across Himachal Pradesh. Under Jairam Thakur government Himachal Pradesh has written a new saga of growth, development, progress and prosperity.