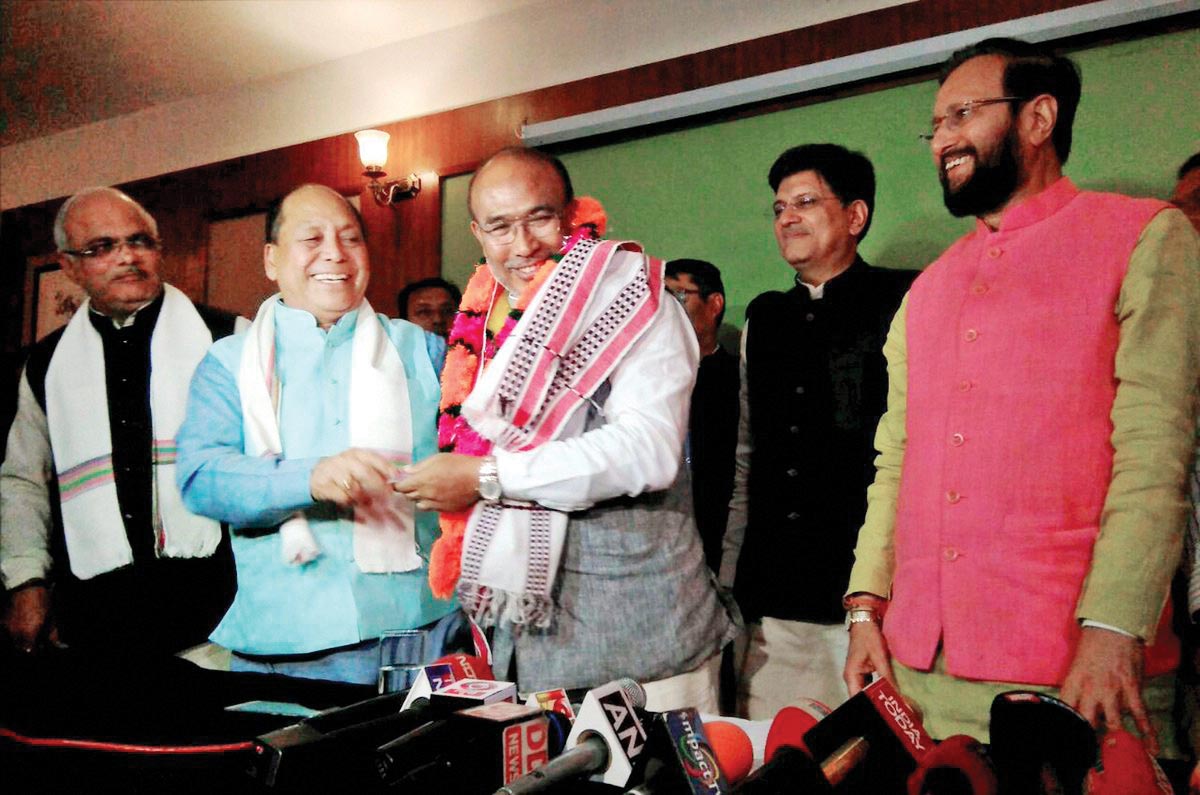 Manipur Chief Minister Shri Biren Singh on 20 March, 2017 won the trust vote in the Manipur Assembly. BJP-led government bagged 32 votes in the 60-member Manipur Assembly. Earlier, Shri Yumnam Khemchand Singh of BJP was elected as the new Speaker of Manipur Legislative Assembly. ShriKhemchand, a legislator from Singjamei constituency, was elected Speaker by voice vote when the House assembled ahead of the floor test by Shri N Biren Singh government.

Noteworthy, on March 15, Shri N. Biren Singh was sworn-in as Chief Minister of Manipur. The oath of office was administered by Governor Dr. Najma Heptulla. Eight others were also sworn-in, taking the number of Ministers in the BJP-led government to nine.

Shri Yumnan Joykumar Singh of the National People’s Party (NPP) was appointed as the Deputy Chief Minister. The lawmaker from the Uripok Assembly constituency is a former Director General of Police from the State.
Three other MLAs from the NPP also find a place in the Cabinet, which also includes Losi Dikho from the Naga People’s Front (NPF). He won from the Mao Assembly segment.

Both the NPP and the NPF have four MLAs each, who have given their support to the BJP. Shri Karan Shyam, only MLA from the Lok Jan Shakti Party, was also sworn-in as a Minister. Among the BJP MLAs, only Shri T. Biswajit Singh, MLA from Thongu, has been inducted into the Cabinet. Shri T. Shyamkumar, Congress MLA from Andro, was also in the list of Ministers.