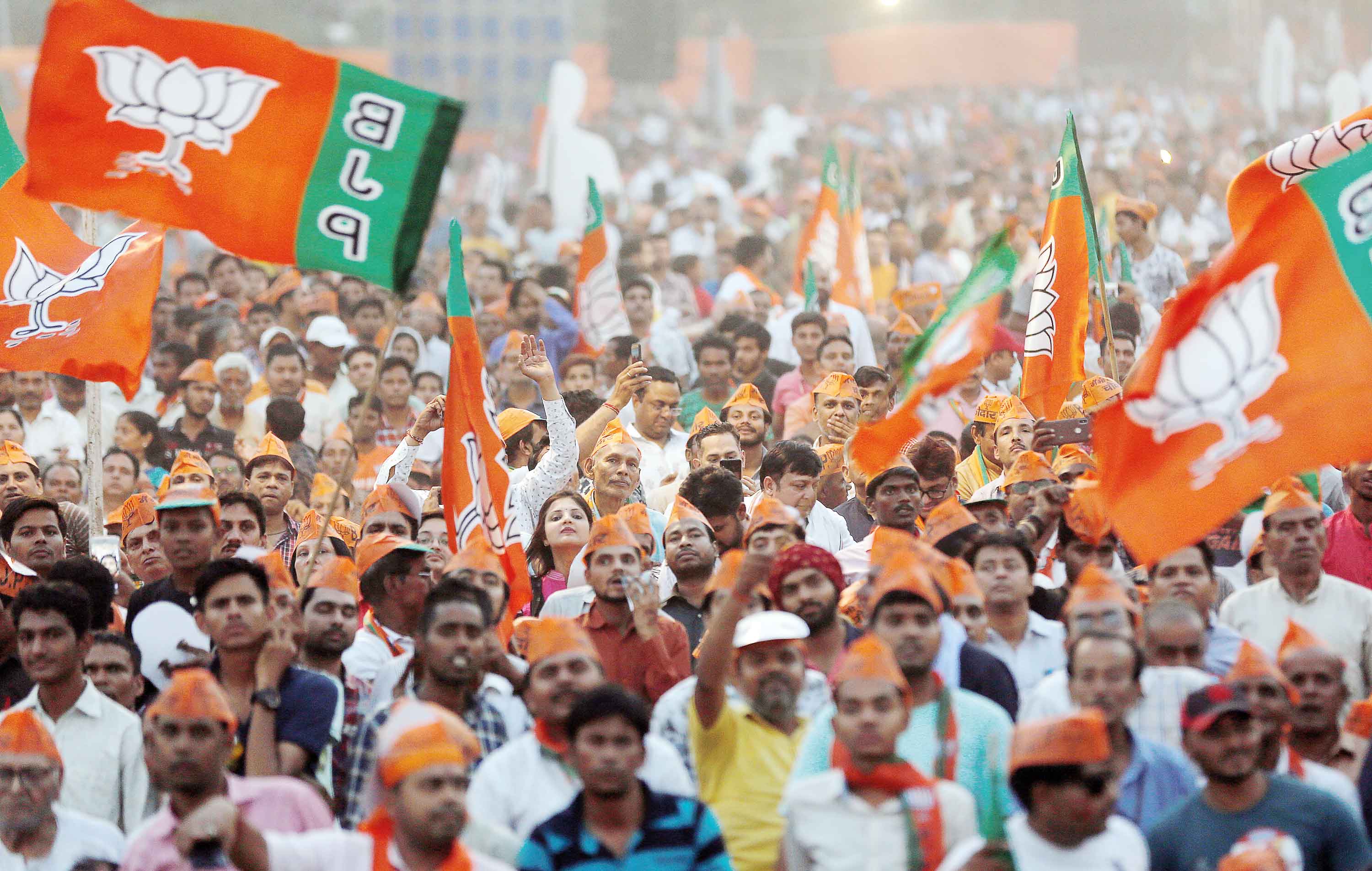 The Bharatiya Janata Party-led National Democratic Alliance is likely to secure a comfortable majority in the Lok Sabha elections, according to most exit polls released after seven phases of the polling concluded. Votes will be counted on May 23.

The exit polls showed that the BJP is likely to come into the power with more seats compare to year 2014. The Congress will gain in its tally, but will be far short of what it would need to form a government, the forecasts showed.

According to an exit poll Republic TV-CVoter, the NDA will get 287 seats – 236 of them for the BJP. The UPA is expected to get 128 seats, according to this forecast.

A third exit poll, by News18-IPSOS, has also predicted a comfortable victory for the NDA, with 336 seats, while the Congress-led UPA is likely to lag behind with just 82.

The Jan Ki Baat exit poll pegged 305 seats for the NDA and 124 for the UPA. Nielsen, however, has predicted that the NDA will fall slightly short of a majority, with 267 seats, while the UPA will get 127 seats.

Exit polls by Today’s Chanakya and India Today-Axis My India predicted 350 seats and above for the NDA and fewer than 100 for the UPA.