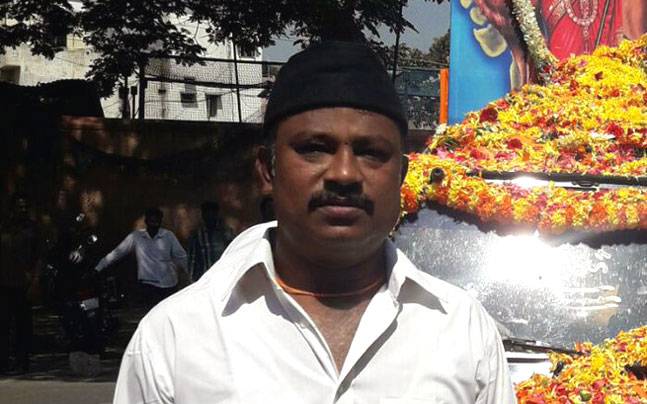 General secretary of the Shivaji Nagar unit of the BJP in Bengaluru Rudresh , who was also a swayamsevak of the Rashtriya Swayamsevak Sangh (RSS), was stabbed to death in broad daylight in Bengaluru on 16 October,2016. The police have registered a case in this regard and are investigating the incident.

Rudresh was taking to his friend Jayaram when two people riding a motorcycle came to a halt behind him. The one in front had worn a helmet while the person riding pillion wore a monkey cap. They stabbed Rudresh in the back.Following the murder of its activists, the BJP had called a strike in the state that had received massive response.
Rudresh‘s murder in Bengaluru also gave rise to speculations whether political violence from Kerala had spilled over into Karnataka.