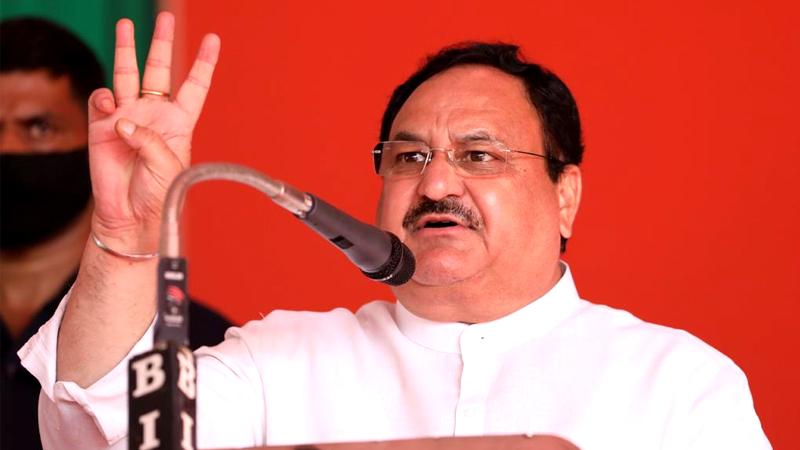 BJP National President Shri JP Nadda who was on a two-day visit to the poll bound state of Goa, arrived in Panaji on November 24, 2021. Addressing party workers in Valpoi, Shri Nadda said new political parties had come knocking on Goa’s doors ahead of the Assembly elections slated for February, 2022.

The BJP National President said opposition parties have misled the nation about Covid vaccination. He said there are new parties coming from far away. What did they say? They said don’t take this vaccine. It has not had proper trials. It’s a Modi vaccine! It’s a BJP vaccine! They’ve all taken it now. How did you like the Modi vaccine? How did you like the BJP vaccine? Are you safe from the virus now?…they misled people. While opposing Modiji, they opposed the people of India. Now they come here to seek votes. It is the duty of the people of Goa to give them a befitting reply and I am sure you will do that,” he said.

Listing the benefits of various schemes of the Central government and the state government, he said that Prime Minister Shri Narendra Modi had special affection for Goa. He also congratulated the Pramod Sawant-led government in Goa for achieving 100 percent vaccination with the first dose.

Addressing a karyakarta Sammelan in Bicholim, Goa BJP National President Shri JP Nadda said in Goa BJP is moving ahead continuously. Here in 2017 we got 32% votes and we formed a coalition government. The people of Goa gave a lot of love to the BJP in the Zilla Parishad, local body elections, from which we are moving ahead.
BJP National President said the replacement of wood stoves with gas cylinders had empowered women. Now, just by pressing the lighter on the stove, women are making tea in just five minutes. It was the women who faced a lot of hardship earlier for it.

Earlier in the day, BJP National President Shri JP Nadda visited the Mahalaxmi temple in Panaji and the Shree Sateri temple in Amona.