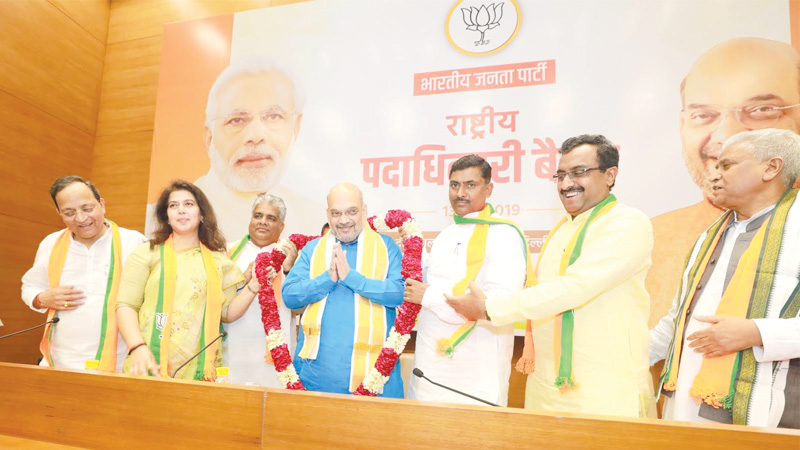 The Bharatiya Janata Party National Office Bearers, State Party Presidents and Organisation Secretaries meeting was concluded on 13 June, 2019 at the National Headquarters of the party in 6-A, Deendayal Upadhyay Marg, New Delhi. The Hon’ble BJP National President and Union Home Minister Shri Amit Shah ji presided over the meeting. BJP National Office Bearers, all the State Party Presidents and Organisation Secretaries were present on the occasion.

Membership under this membership drive should be ‘Sarvvyapi’ and ‘Sarvswarshi’: Shivraj Singh Chouhan

We are proud that the Bharatiya Janata Party is the largest political party in the world. Our government is formed at the center with a massive mandate under the leadership of Hon’ble Prime Minister Shri Narendra Modi. 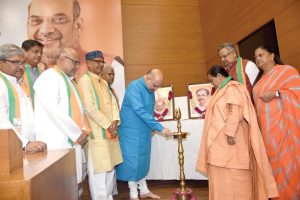 It is expected that all the party office bearers, public representatives and Karyakartas of the party should actively participate in this membership drive, as per the directions of the Hon’ble National President.

Membership under this membership drive should be ‘Sarvvyapi’ and ‘Sarvswarshi’ and special emphasize should be given under this drive in relatively weaker booths. Try to make a member by contacting all sections, castes and communities under special membership campaign.

Membership campaign will be managed by contacting the people on mobile and as well as personally.