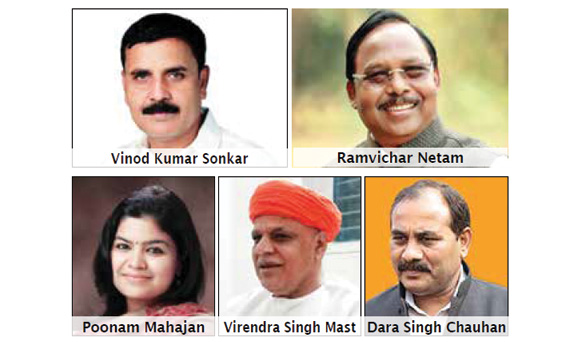 After Shri Pramod Mahajan’s murder in 2006, Smt. Mahajan joined the BJP, with the encouragement of her uncle late Shri Gopinath Munde. She is currently representing the Mumbai North Central as Member of Parliament and a National Secretary of the BJP. In 2014, she contested the general election from Mumbai North Central and defeated two-time MP Priya Dutt of the Congress by a huge margin.

Shri Vinod Kumar Sonkar, a Lok Sabha member from Kaushambi, Uttar Pradesh has been appointed as the National President of BJP S.C Morcha.

Shri Ramvichar Netam, a Rajya Sabha member from Chhattisgarh has been appointed as the National President of BJP S.T Morcha.