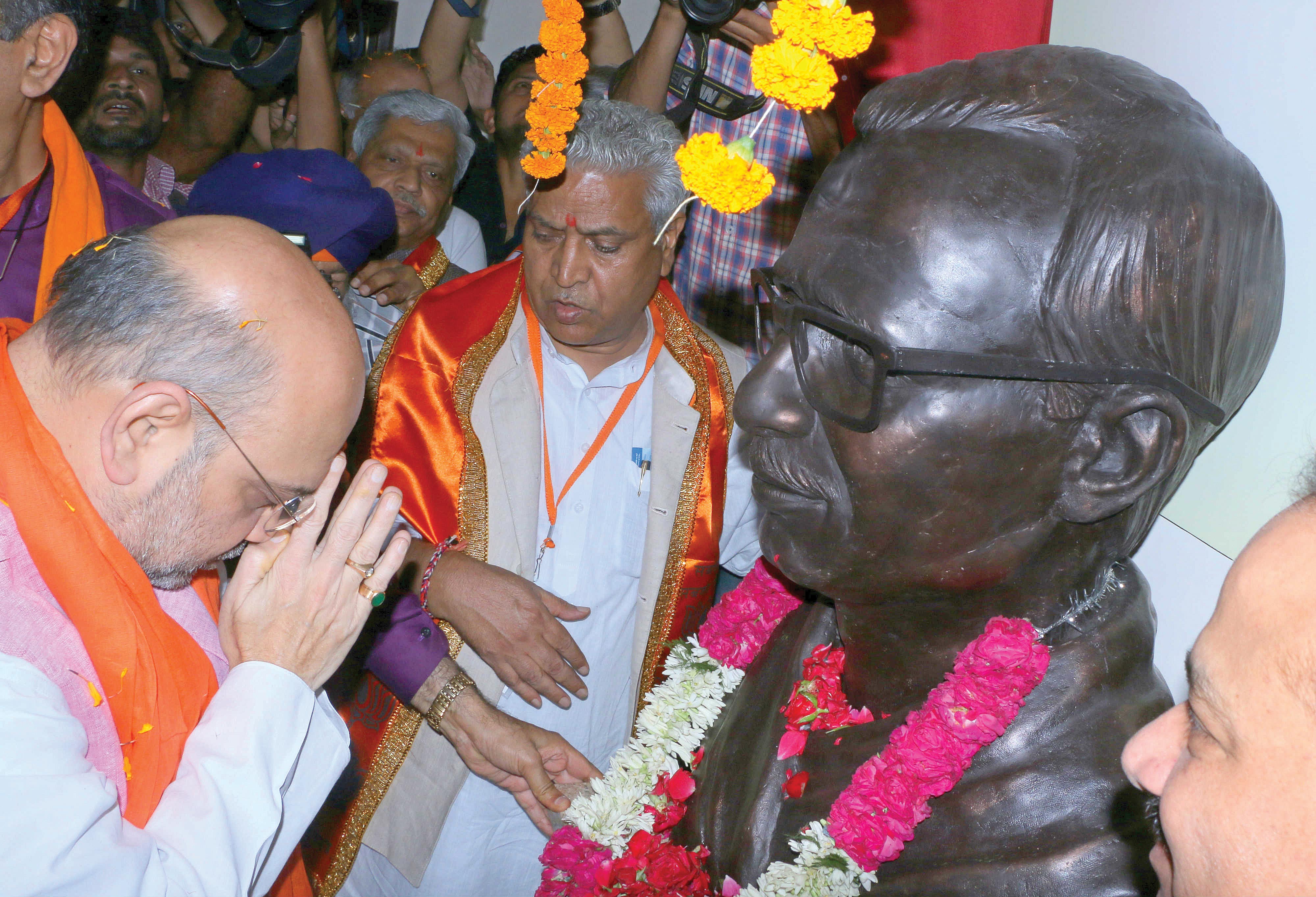 Bharatiya Janata Party National President Shri Amit Shah has arrived on a two-day visit to Chandigarh on 20 May, 2017 as part of his country-wide 95-day ‘Vistaar Yatra’, which began from Jammu and Kashmir last month. Shri Shah attended series of meetings with councilors, office bearers, workers etc and also reviewed party’s organizational activities. This is Shri Shah’s first visit after the BJP swept the Municipal Corporation election which was held in December.

Shri Amit Shah inaugurated the newly-renovated party office, unveiled a statue of Pt. Deen Dayal Upadhyay in Chandigarh, whose birth centenary is being celebrated this year and also inaugurated a library named after Nanaji Deshmukh and an e-library. The Nanaji Deshmukh library will have around 2,000 books on various subjects.

Addressing a meeting Shri Shah said, “I had got a list of issues from Chandigarh residents but those could be sorted out at the local level itself. MP Smt. Kirron Kher and City Mayor will sort-out every inconvenience facing by the public but I come with another objective, the responsibility of which he had been entrusted with by his party”.

Shri Shah said that even though the BJP government was doing a lot, some issues still needed to be addressed and he would make sure that they were done soon.

In his address at Law Bhawan, Shri Shah said it is only BJP, which is a people’s party. But, for some, only the interests of the family that would rule were important. “One of the reasons for BJP’s success is its strong internal democratic set-up where one finds fair elections from the booth level to that of national president,” he said.

Shri Shah even lashed out at the Congress. He put out a question to the audience asking, “Can you tell who would be the next BJP President after me?” 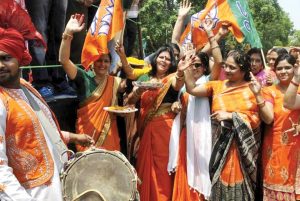 As there was no answer, he said nobody could assess it. Immediately then, he asked, “Could you tell who would be the next chief of the Congress party after Sonia Gandhi?” Everybody immediately took Congress vice-president Rahul Gandhi’s name.
The party President also said that although BJP had lost in the past, the party never witnessed a split while Congress and other parties did. “We had been losing in the past. But, there were never any differences. We would have a party thanking if our security deposit in the election would not be forfeited,” said Shri Shah in a lighter vein.

He stressed upon three basic fundamentals of any political party that includes principles, internal democracy and determination. “Jan Sangh, since its inception, had lived up to all three and at present, has emerged as the single-largest party in the world with a strength of over 11 crore members,” asserted Shri Shah.

Earlier, on May 7, as a part of his ‘Vistaar Yatra’ to states, BJP National President Shri Amit Shah reached Tripura on a two-day tour and in April, he visited Jammu and Kashmir on a two-day visit as part of his Yatra.

Shri Shah is on a 95-day Yatra during which he will strategize on ways to win the 2019 Lok Sabha election, with focus on clinching 120 seats where the party had lost in 2014. He will spend one to three days in each states. The Yatra will focus on taking stock of the party’s organizational strength and further expansion of electoral appeal across the country.

BJP National President is particularly focusing on states like West Bengal, Odisha, Telangana and Kerala. The BJP had managed to win just 4 Lok Sabha seats out of the 102 in these states in the 2014 election. The BJP National President’s Pravas will end by 25th September, the 101th birth anniversary of Jana Sangh ideologue Pt. Deendayal Upadhyay. Apart from his 95-day Yatra, Shri Shah has also chosen five states where he will spend three days each. His recent visit to West Bengal was part of the programme.

A large number of Bharatiya Janata Party workers and supporters accorded a grand welcome to party National President Shri Amit Shah at the airport in Chandigarh and organised a road show escorting him to the party office in the city.
Shri Shah was received by BJP National Vice-President and Chandigarh In-Charge Shri Prabhat Jha, Chandigarh BJP President Shri Sanjay Tandon, the party’s local MP Smt. Kirron Kher, Chandigarh Mayor Smt. Asha Jaswal and others. Thousands of party workers and common people welcomed him while children performed Bhangra. The local unit of BJP welcomed the National President at all the five round abouts, where he halted briefly for 2 minutes each. He was escorted to BJP office by a cavalcade of hundreds of vehicles.

Enroot the BJP office, the car carrying the BJP National President stopped at many places and he was greeted by supporters who presented him with bouquets. Dhol beats, saffron flower petals, huge garlands, siropa and sword were what greeted the BJP National President at five reception centres — Motor Market Sector 48, Sector 47, Sector 46, Sector 45 and the crossing of Sector 33/45 en route Kamlam, the party’s office in Sector 33, Chandigarh.