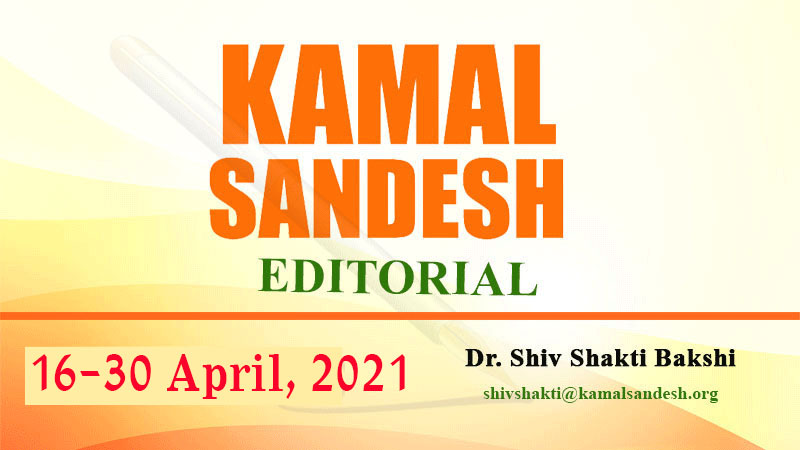 As Bharatiya Janata Party completes 41 years of its glorious journey, its resolve to serve Maa Bharati gets further strengthened with the overwhelming blessings of people across the nation. The increasing faith of people in the BJP can be seen in its continuous organisational expansion making it the largest political party of the world. A political party committed to the philosophy of ‘Integral Humanism’ and ‘panchnishthayen’, BJP has become a phenomenon in itself. While drawing inspiration from the idea of ‘Nation First’, the mantra of ‘Sabka Saath, Sabka Vikas, Sabka Vishwas’ has become its guiding principle. BJP has not only become a symbol of good governance and development in the country but also emerged as a political party committed to democracy. While BJP fought for the restoration of democratic rights during emergency, it is the only political party in the country which has a thriving internal democracy while the other political parties have become victims of dynastic and caste based politics. In fact, BJP represents the aspirations of an ‘Aatmnirbhar Bharat’.

In the assembly elections taking place in five states, BJP has emerged as the hope for the people. While elections in Assam, Tamil Nadu, Puducherry and Kerala have been completed, the polling in West Bengal will be completed by the end of April, 2021. It is heartening to see that people have been coming out in large numbers and exercising their voting rights to elect government in their states. The polling has been reported ranging from 65% to even more than 80% in these elections which points towards the immense success of Indian democracy. Moreover, the successful conduct of polling even in West Bengal is an achievement which our democratic polity can be feel proud of. The Election Commission will have to be extremely vigilant in conducting polls to the remaining phases in West Bengal.

The mood of the people in these elections has remained upbeat throughout the electoral process with massive gatherings in the BJP rallies and public meetings. As hard work, innovative schemes and futuristic policies of the NDA government in Assam has resulted in peace, development and progress of the state, people are set to bless the BJP-NDA government again. In West Bengal, a huge wave against Mamata Bannerjee and TMC misrule, corruption, cut-money, tolabaji, dynastic politics and regressive policies is evident on the ground. The people are blessing BJP with their votes and as the trend shows, the state will have a BJP government when the votes are counted. In Tamil Nadu, people are appreciating special efforts by the centre for the development of the state and the way state government has delivered on its promises. The result is that an NDA government seems certain in the state. In Puducherry, there is a huge resentment against the misrule and corruption of the earlier Congress government and people have reported to have voted for an NDA government. In Kerala, BJP is set to emerge as a formidable force in the state.

Addressing the BJP office bearers and party karykartas through video conference on BJP Foundation Day, Prime Minister Shri Narendra Modi has rightly said that BJP represents transparency and good governance, keeps the idea of ‘Nation First’ and national security foremost and never compromises with national interests while implementing right policies with right intention and takes right decisions for the people. BJP National President Shri Jagat Prakash Nadda, while addressing the karyakartas on the occasion, praised the services rendered by BJP karyakartas during the Covid-19 pandemic. BJP has emerged as a unique political party on the basis of the continuous hard work of its committed karyakartas making the nation proud through its dedication to the goals of national reconstruction. As BJP karyakartas remain committed in the services of Maa Bharati, a proud nation is destined to serve the humanity across the world.