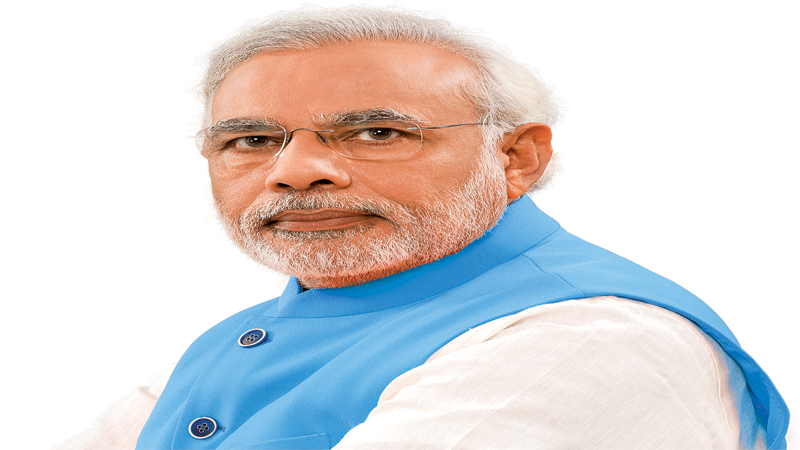 The promises made by BJP in the Sankalp Patra 2019 includes the– abrogation of Article 370, annulling Article 35A, passing Citizenship Amendment Bill, forming Triple Talaq law, doubling farmers’ income by 2022, Housing for all by 2022 and doubling the length of National Highways by 2022 etc.


–Article 44 of the Constitution of India lists Uniform Civil Code as one of the Directive Principles of State Policy. BJP believes that there cannot be gender equality till such time India adopts a Uniform Civil Code, which protects the rights of all women, and the BJP reiterates its stand to draft a Uniform Civil Code, drawing upon the best traditions and harmonizing them with the modern times.

–For farmers, the party had embarked on a mission to double farmers’ income in 2014. According to the manifesto, the party will make all efforts to achieve this goal by 2022.

–An investment of 25 lakh crore will be done in Agri-rural sector to improve the productivity of the farm sector.

–Interest-free Kisan Credit Card loans – Short-term new agriculture loans up to Rs. 1 lakh will be provided at a 0 per cent interest rate for 1-5 years on the condition of prompt repayment of the principal amount.

–The party reiterated its stand on Ram Mandir. The BJP in its ‘Sankalp Patra’ said that they will explore all possibilities within the framework of the Constitution and all necessary efforts to facilitate the expeditious construction of the Ram Temple in Ayodhya.

–The BJP has promised to ensure that the subject of faith, tradition and worship rituals related to Sabarimala are presented in a comprehensive manner before the Hon’ble Supreme Court. The manifesto said the party will endeavour to secure constitutional protection on issues related to faith and belief.

National security and welfare of soldiers

–The party promises to speed up the purchases of outstanding defense-related equipments and weapons. In order to equip the Armed Forces with modern equipment, the BJP will continue to take focused steps to strengthen the strike capability of the Armed Forces.

–The BJP in ‘Sankalp Patra’ said that they have already demonstrated their commitment to the welfare of the veterans with the implementation of long-delayed One Rank One Pension (OROP). To take this commitment forward, the party promised to create a more effective framework for the resettlement of our Armed Forces veterans.

–The manifesto states that there has been a huge change in the cultural and linguistic identity of some areas due to illegal immigration, resulting in an adverse impact on local people’s livelihood and employment. The party will expeditiously complete the National Register of Citizens process in these areas on priority and they will implement the NRC in a phased manner in other parts of the country.

–The party is committed to bringing down the percentage of families living below the poverty line to a single digit in the next five years.

–The party will also ensure pucca houses for families either living in kuchha houses or without access to housing by 2022.

–The BJP will legislate a bill to prohibit and eliminate practices such as Triple Talaq and Nikah Halala. The manifesto further read that the party has determinedly taken substantive measures to ensure overall development of women and promote gender equality.

–Abrogate Article 370, annul Article 35A and return of Kashmiri Pandits
On Article 370, the manifesto reads, “We are committed to overcome all obstacles that come in the way of development and provide adequate financial resources to all the regions of the state. We reiterate our position since the time of the Jan Sangh to the abrogation of Article 370. We are committed to annulling Article 35A of the Constitution of India as the provision is discriminatory against non-permanent residents and women of Jammu and Kashmir. We believe that Article 35A is an obstacle in the development of the state. We will take all steps to ensure a safe and peaceful environment for all residents of the state. We will make all efforts to ensure the safe return of Kashmiri Pandits and we will provide financial assistance for the resettlement of refugees from West Pakistan, Pakistan occupied Jammu and Kashmir (POJK) and Chhamb.”

–The party is committed to the enactment of the Citizenship Amendment Bill for the protection of individuals of religious minority communities from neighbouring countries escaping persecution. All efforts will be made to clarify the issues to the sections of the population from the Northeastern states who have expressed apprehensions regarding the legislation. The ‘Sankalp Patra’ reiterated party’s commitment to protecting the thelinguistic, cultural and social identity of the people of Northeast. Hindus, Jains, Buddhists, Sikhs, Parsis and Christians escaping persecution from India’s neighbouring countries will be given citizenship in India.

–Women’s welfare and development will be accorded a high priority at all levels within the government and the party is committed to 33 per cent reservation in parliament and state assemblies through a constitutional amendment.

–75 new medical colleges and postgraduate colleges will be established.
‘Prime Minister Innovative Learning Program’ will be launched to bring together such children for a certain period in a year in one place from all over the country and provide them with facilities and resources for them to excel.

–The party also plans to open another 200 Kendriya Vidyalayas and Navodaya Vidayalas schools by 2024.

–Establish 1.5 lakh health and wellness centres under Ayushman Bharat.
Establish at least one Atal Tinkering Lab in every block.

–Make all efforts to ensure electrification of all railway tracks by 2022.
Start developing smart railway stations across India.

–We have constructed over 9 crore toilets under our flagship programme, Swachh Bharat Mission. We will take the Mission to a new level through sustainable Solid Waste Management in every village. Through the mission, we will ensure 100% disposal of liquid waste through emphasis on faecal sludge management and reuse of waste water in rural, semi urban and unsewered areas.

–We will ensure that all habitations attain open defecation free status and those that have attained the status sustain the behavioural change.

–Water is a critical resource but its management is spread across various departments, even at the Central level. We will form a new Ministry of Water unifying the water management functions to approach the issue of water management holistically and ensure better coordination of efforts. The Ministry will expeditedly take forward the ambitious programme, conceptualized by Shri Atal Bihari Vajpayee, for linking rivers from different parts of the country and ensure a solution to the problems of drinking water and irrigation. We will initiate work on this programme by constituting an authority.

–BJP will launch ‘Jal Jivan Mission’ under which we will introduce a special programme, ‘Nal se Jal’ to ensure piped water for every household by 2024.
We will ensure sustainability of water supply through special focus on conservation of rural water bodies and ground water recharge.

–In continuation to our existing milestone of constructing roads at an unprecedented pace, we will construct 60,000 kms of National Highways in the next five years.

–We will double the length of National Highways by 2022.

–We will complete the Phase-1 of Bharatmala Project expeditiously. We will also launch Bharatmala 2.0 project especially with a view to support the states to develop state road networks connecting the interior regions to the main roads and to effectively leverage the economic potential and market opportunities of the concerned regions.

–We will bring in new technologies and designs in road construction, operation and maintenance.

–We want to become a world leader in e-mobility. 10,000 crores have already been allocated to launch a programme for promoting clean energy and battery operated vehicles. We will fulfill the work on this front to ensure expansion of this new mobility experience.