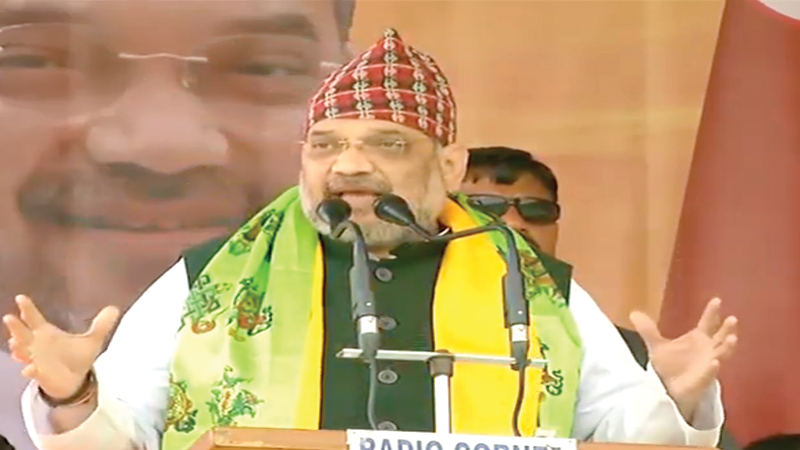 Hitting out at opposition leaders for being “unhappy” with air strikes on terror camps, BJP President Shri Amit Shah on April 11 said BJP would remove Article 370 from Kashmir “after forming the next BJP government” at the Centre.

Criticising West Bengal Chief Minister Mamata Banerjee for questioning the Balakot air strikes in a bid to “appease” the minority vote bank, Shri Shah asked her to come clean on whether she, too, wants a separate PM for Kashmir, just like her ally and National Conference leader Omar Abdullah.

“Mamata Banerjee and opposition leaders are unhappy with the air strikes. They are questioning it just to appease their minority vote bank. But, I want to say it loud and clear that we won’t allow such forces to win.

“We would remove Article 370 from Kashmir after forming the next BJP government at the Centre,” he said, while campaigning for Darjeeling Lok Sabha candidate Raju Singh Bisht.

Article 370 of the Constitution grants special status to Jammu and Kashmir.
Shri Shah also slammed Banerjee for trying to mislead the masses on the National Register of Citizens (NRC) and the Citizenship (Amendment) Bill.