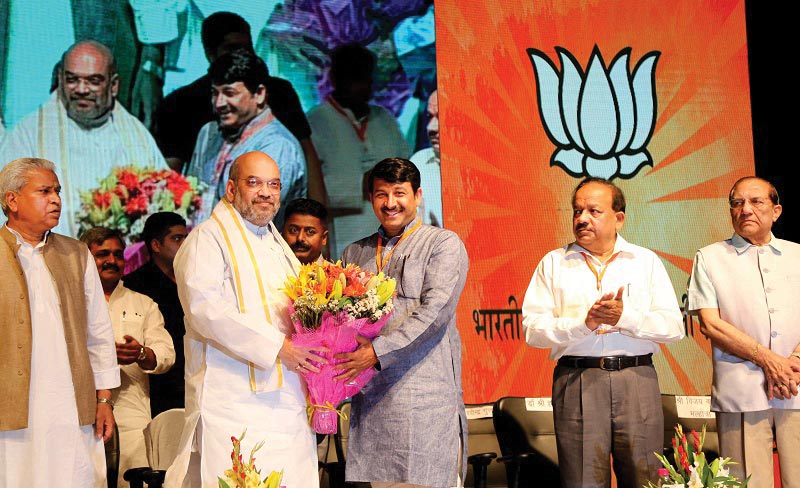 Wins all 3 Municipal Corporations of Delhi

As per the data released by EC, the BJP increased its vote share by around 5%, while AAP’s vote share came down to half of its previous tally. In the Delhi municipal elections, over 70% of the 2,516 candidates, including 40 of the AAP and 92 of the Congress lost their security deposit.

The BJP on April 26, 2017 got a thumping victory in Municipal elections and emerged as the clear winner in the Municipal Corporations of Delhi with 181 seats in its pool, bettering its existing strength of 138. It decimated the AAP and the Congress in MCD.

The Aam Aadmi Party, which is in the power in Delhi came a distant second with just 48 seats in all the three Delhi municipal corporations, while the Congress could just manage to win 30 seats and others got 10 seats.

As per the data released by EC, the BJP increased its vote share by around 5%, while AAP’s  vote share came down to half of its previous tally. In the Delhi municipal elections, over 70% of the 2,516 candidates, including 40 of the AAP and 92 of the Congress lost their security deposit.

This time BJP’s lead in north, south and east civic bodies are uniform. 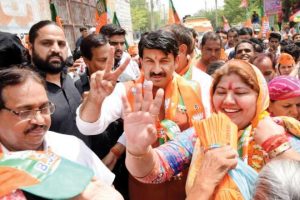 The BJP’s resounding win in the East Civic Body is particularly noteworthy as the region had fell in one single swoop into the clutches of the Aam Aadmi Party in 2015 assembly elections. This time, the BJP candidates have won even in wards represented by deputy chief minister Manish Sisodia of AAP.

In the South Civic Body, the BJP has vastly improved its tally from the 44 seats it had won in 2012. This time, the party ended up with wins in more than 60 wards. In the 2015 Assembly elections, the BJP was not able to win a single seat in south Delhi so its MCD tally will be a shot in the arm for the party.

Prime Minister Shri Narendra Modi expressed gratitude to the people of Delhi for reposing faith in the BJP and ensuring its resounding victory in MCD polls.

In a twitter message he said, “Grateful to the people of Delhi for the faith in BJP. I laud the hardwork of team @BJP4Delhi which made the resounding MCD win possible”.

After the results BJP dedicated to dedicate its impending win to the slain CRPF personnel in Chhattisgarh’s Sukma district and decided to refrain from any celebrations.

Delhi BJP President Shri Manoj Tiwari said that every heart is filled with grief over Monday’s killing of 25 CRPF men by Naxals in Sukma and the party will not celebrate the victory. We dedicate to dedicate this win in the feet of Sukma martyrs,” he said.
Taking a dig at AAP over the defeat in the municipal elections Delhi BJP President Shri Manoj Tiwari said, “The party which won 67 Assembly seats has not even managed to get 67 wards. Shri Manoj Tiwari gave credit to PM Shri Narendra Modi’s vision and hard work of party national preside Shri Amit Shah and party workers.