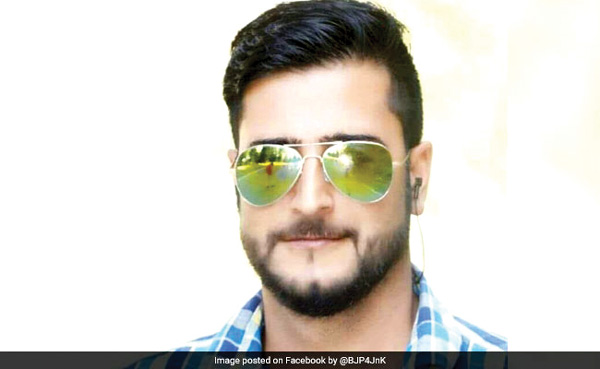 The Young and energetic 30-year-old Bharatiya Janta Yuva Morcha leader Shri Gowhar Ahmed Bhat was killed on November 2 by terrorists in Jammu and Kashmir’s Shopian district. Shri Gowhar Ahmed Bhat’s body was found, with his throat slit, in an orchard in Kiloora. Shri Bhat was the district president of the BJP’s youth wing, the Bhartiya Janata Yuva Morcha. He was a resident of Bongam area in Shopian.

BJP National President Shri Amit Shah condoled Shri Bhat’s death. He said in his tweet, “Pained to learn about the brutal murder of our @BJYM District President Gowhar Ahmed in Shopian, J&K. My deepest condolences to his family. Terrorists must realise that they cannot stop the youth of the valley from choosing a better future for themselves.”

In another tweet, Shri Shah said, “Terrorists must realise that they cannot stop the youth of the valley from choosing a better future for themselves.”