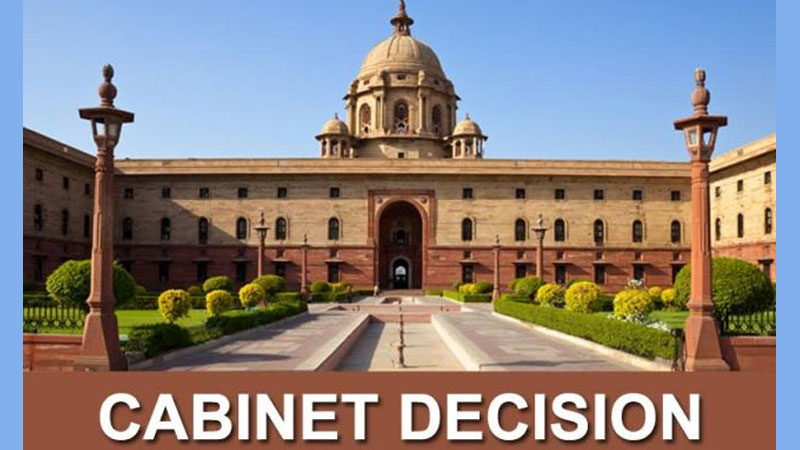 The Union Cabinet, chaired by the Prime Minister Shri Narendra Modi on December 15 has approved an incentive scheme to promote RuPayDebit cards and low-value [uptoRs. 2,000) BHIM-UPI transactions (Person-to-Merchant (P2M)] in the country.

Under the scheme, the acquiring banks will be incentivised by the Government, by way of paying percentage of value of transactions (P2M) done through RuPay Debit cards and low-value BHIM-UPI modes of payments, at an estimated financial outlay of Rs.1,300 crore for a period of one year w.e.f. April 01, 2021.

This scheme will facilitate acquiring Banks in building robust digital payment ecosystem and promoting RuPay Debit card and BHIM-UPI digital transactions, across all sectors and segments of the population and further deepening of digital payments in the country.

It will also help in making accessible digital modes of payments to unbanked and marginalized populations, who are outside of the formal banking and financial system.

India today is one of the most efficient payments markets in the world. These developments have been the outcome of the initiatives of the initiatives of the Government of India and innovation by various players in the digital payment ecosystem. The scheme will further spur research and development and innovation in fintech space, and will help the Government in further deepening of digital payments in various part of countries.

The scheme has been formulated in compliance with the Budget announcements (FY 2021-22) by the Governmentto give further boost to digital transactions in the country.

Programme for Development of Semiconductors and Display Manufacturing Ecosystem in India

In furtherance of the vision of Aatmanirbhar Bharat and positioning India as the global hub for Electronic System Design and Manufacturing, the Union Cabinet chaired by Prime Minister Shri Narendra Modi on December 15 has approved the comprehensive program for the development of sustainable semiconductor and display ecosystem in the country. The program will usher in a new era in electronics manufacturing by providing a globally competitive incentive package to companies in semiconductors and display manufacturing as well as design. This shall pave the way for India’s technological leadership in these areas of strategic importance and economic self-reliance.

Semiconductors and displays are the foundation of modern electronics driving the next phase of digital transformation under Industry 4.0. Semiconductors and display manufacturing is very complex and technology-intensive sector involving huge capital investments, high risk, long gestation and payback periods, and rapid changes in technology, which require significant and sustained investments. The program will give an impetus to semiconductor and display manufacturing by facilitating capital support and technological collaborations.

The Union Cabinet chaired by the Prime Minister Shri Narendra Modi on December 15 approved the Treaty on Mutual Legal Assistance in Criminal Matters between the Government of the Republic of India and the Republic of Poland with a view to enhance capability and effectiveness of both countries in investigation and prosecution of crimes, including crimes related to terrorism through mutual legal assistance.


The Treaty aims to enhance effectiveness of both the countries in investigation and prosecution of crime, through cooperation and mutual legal assistance in criminal matters. In the context of transnational crime and its linkages to terrorism, the proposed Treaty will provide a broad legal framework for bilateral cooperation with Poland in investigation and prosecution of crime as well as in tracing, restrain and confiscation of proceeds and instruments of crime as well as the funds meant to finance terrorist acts.

After signing and ratification of the Treaty, suitable Gazette Notifications will be issued under the relevant provisions of Cr.P.C. 1973 to give effect to the provisions of the Treaty in India. The Gazette notification is accessible to general public outside the Government domain and it will provide increased awareness and transparency on mutual cooperation between India and Poland in the field of mutual legal assistance in criminal matters.

It will increase effectiveness of India in tackling criminal activities involving Poland. Once in operation, the Treaty will be instrumental in gaining better inputs and insights in the modus operandi of organized criminals and terrorists. These in turn can be used to fine tune policy decisions in the field of internal security.

The Cabinet Committee on Economic Affairs chaired by the Prime Minister Shri Narendra Modi, has on December 15 approved implementation of Pradhan Mantri Krishi Sinchayee Yojana (PMKSY) for 2021-26 with an outlay of Rs.93,068 crore. The CCEA has approved central support of Rs.37,454 crore to States and Rs.20,434.56 crore of debt servicing for loan availed by Government of India for irrigation development during PMKSY 2016-21.

Accelerated Irrigation Benefit Programme – a flagship programme of Government of India aims for financial support to irrigation projects. Total additional irrigation potential creation targeted during 2021-26 under AIBP is 13.88 lakh hectare. Apart from focused completion of 60 ongoing projects including their 30.23 lakh hectare command area development, additional projects can also be taken up. The inclusion criteria have been relaxed for projects under tribal and drought prone areas.

The Cabinet Committee on Economic Affairs chaired by the Prime Minister Shri Narendra Modi on 22 December has given its approval for the Minimum Support Prices (MSPs) for copra for 2022 season.