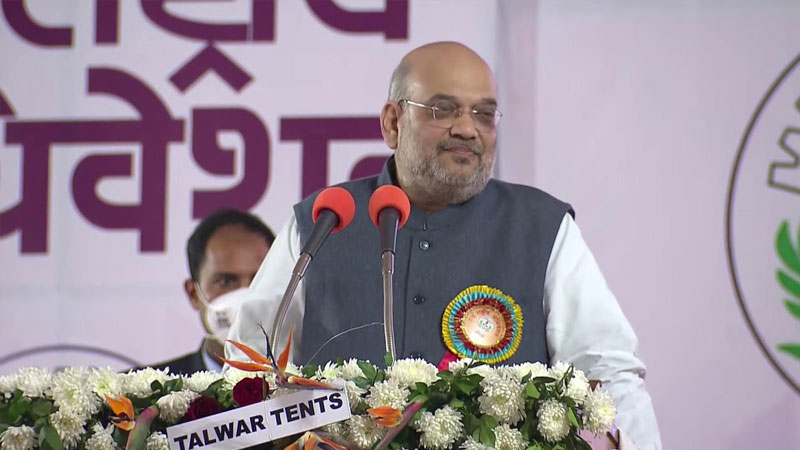 Union Home and Cooperation Minister, Shri Amit Shah addressed the 7th National Convention of Sahakar Bharati in Lucknow on December 17, 2021 and elaborated on the utility of Cooperatives in the development of the country.

The program was attended by Chief Minister of Uttar Pradesh Yogi Adityanath, Union Minister Shri BL Verma, Chairman of Sahakar Bharati Shri Ramesh Vaidya, General Secretary of Sahakar Bharati Dr. Uday Joshi, Uttar Pradesh Cooperation Minister Shri Mukut Bihari Verma and others. More than 3000 Co-operative representatives from more than 600 districts of 27 states were present in the event.
Shri Amit Shah said that the Government of India has taken many initiatives under the leadership of Prime Minister Shri Narendra Modi. The Government of India is determined to bring out a new Co-operative policy through extensive consultations. The Ministry of Cooperation will start its activities in no time. As such, the PACS is its soul in the agricultural system.