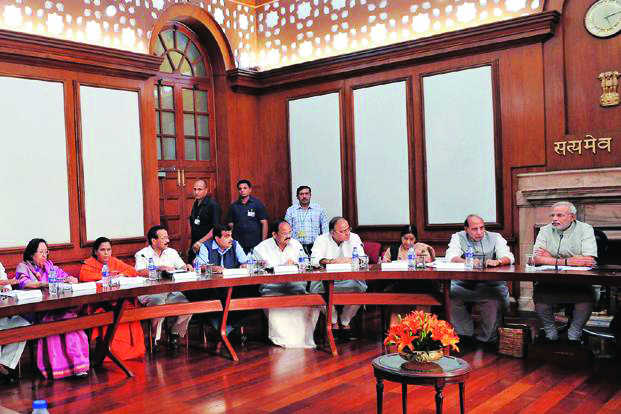 The Union Cabinet chaired by the Prime Minister Shri Narendra Modi has given its approval for amendment in the Modified Special Incentive Package Scheme (M-SIPS) to further incentivize investments in Electronic Sector and moving towards the goal of ‘ Net Zero imports’ in electronics by 2020.
Besides expediting investments into the Electronics System Design and Manufacturing (ESDM) sector in India, the amendments in M-SIPS are expected to create employment opportunities and reduce dependence on imports. The projects already received under the scheme have the potential to generate employment to the extent of upto one million persons (direct and indirect).
The Policy covers all States and Districts and provides them an opportunity to attract investments in electronics manufacturing. So far, 243 applications have been received under the scheme, out of which 75 applications have been approved involving investment proposals of Rs. 17,997 crore.
The salient features of the amendment are:
lThe applications will be received under the scheme upto 31st December 2018 or till such time that an incentive commitment of Rs 10,000 crore is reached, whichever is earlier. In case the incentive commitment of Rs 10,000 crore is reached, a review will be held to decide further financial commitments.
lFor new approvals, the incentive under the scheme will be available from the date of approval of a project and not from the date of receipt of application.
lThe incentives will be available for investments made within 5 years from the date of approval of the project.
lApprovals will normally be accorded to eligible applications within 120 days of submission of the complete application.
lA unit receiving incentives under the scheme, will provide an undertaking to remain in commercial production for a period of at least 3 years.
lThe Appraisal Committee recommending approval of project will be chaired by Secretary, Ministry of Electronics and IT.
lA separate Committee headed by Cabinet Secretary and comprising of CEO, NITI Aayog, Secretary Expenditure and Secretary, MeitY will be set up in respect of mega projects, envisaging more than Rs. 6850 crore (approx. USD 1 Billion) investments.
The Cabinet had, in July, 2012 approved the M-SIPS to provide a special incentive package to promote large scale manufacturing in the Electronic System Design and Manufacturing (ESDM) sector. The scheme provides subsidy for capital expenditure – 20% for investments in Special Economic Zones (SEZs) and 25% in non-SEZs. The Scheme was amended in August, 2015 for scope enhancement and simplification of procedure. The Scheme has attracted investments in the ESDM sector to the tune of Rs. 1,26,838 crore, of which investments of around Rs. 17,997 crore have been approved by the MeitY. The M-SIPS has been able to create positive impact on investment in electronics sector.