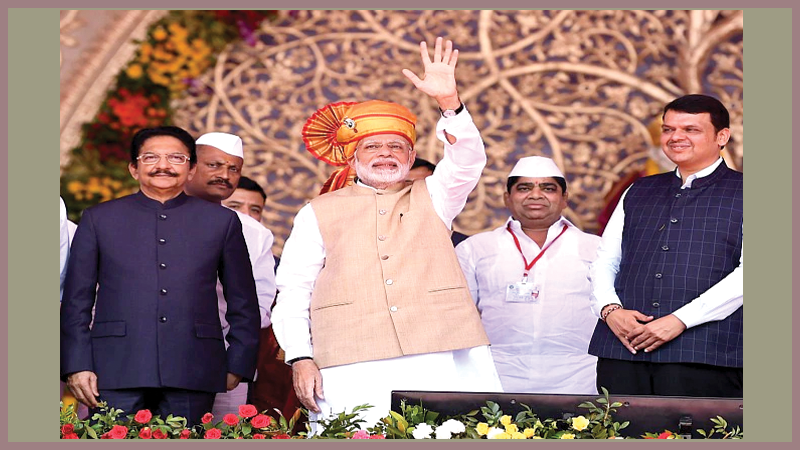 Addressing an event in the holy town of Shirdi in Maharashtra on 19 October, 2018 the Prime Minister said that the Congress led United Progressive Alliance would have taken 20 years to build the same number of houses (12.5 million ). “They (the Congress) cannot match the quality and the speed with which the schemes by us are being implemented,” Shri Modi said, repeating his government’s commitment to provide a home to every poor person in the country by 2022, when India will celebrate 75 years of Independence.

The PM also said that the average time for construction of a home has come down from 18 months during the UPA’s rule to less than a year now. He added that the National Democratic Alliance government gives Rs 1.2 lakh to a poor household for building a home as compared to Rs 70,000 offered by the previous government. “People and resources are the same, but since our government has a clean intention of welfare of the poor, the results are also faster,” he said, while accusing the Congress of starting its own schemes for “vote-bank” politics. “They (the Congress) worked for giving publicity to one family whereas we work for poverty elimination,” the Shri Modi said.

“Their schemes lacked sincerity and hence the houses built by the previous government had no electricity, toilets, water supply and gas connection.” The NDA government renamed the Indira Awas Yojana started in 1996 as the Pradhan Mantri Awas Yojana in April 2016 and added features such as institutional finance at lower interest rates and more money for building a bigger home with water and power connections he said.

In Shirdi, Shri Modi was participating at an event organised to hand over possession of 250,000 houses built under the scheme. He also launched welfare schemes worth Rs. 450 crore announced by Shri Shirdi Saibaba Trust on the occasion of the culmination of the centenary year of the Sai Baba’s Mahasamadhi.

PM Shri Narendra Modi also interacted with the beneficiaries of PMAY in various districts of Maharashtra through video conferencing.

Emphasizing on the significance of the PMAY-G scheme which is aimed at empowerment of poor, he said, “Own house makes life comfortable and gives greater conviction to fight poverty. When India will complete 75 years of Independence, every homeless poor citizen will get their own home. We are working with this target and in the last four years, we have taken strong steps in this regard.”

Earlier after arriving at Shirdi, the Prime Minister had also visited the Saibaba Samadhi Temple Complex. He is in Shirdi to commemorate the centenary year of Saibaba Samadhi.