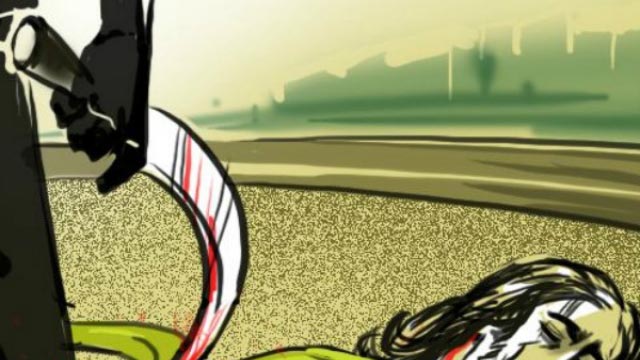 Under the CPM rule, the God’s own country, Kerala is turning into the crime capital of India. The irony is when the chief minister Pinarayi Vijayan celebrated his first anniversary in office on May 25 the CPM goons marked the day attacking and maiming the CPI workers in Kollam, just 70 km away from the capital city Tiruvananthapuram. A week earlier a BJP worker was killed in Kannur which created a huge political turmoil in the state. The BJP petitioned the central government and the state governor to deploy special central forces to protect the lives and properties of non-CPM families in Kannur district from where the Chief Minister hails. Ever since Pinarayi became the chief minister, there has been steady spurt in violence against political opponents of CPM. The CPM seems to be following the policy of EMS Namboodripad, who used to say that the party comes to power to break the Constitution from within and that he would carry on administration and agitation hand in hand. Pinarayi seems to be a true follower of Stalinist criminalization of politics where political opposition has no right to exist. The BJP worker Ramanthali Muttakunnu Biju was killed by the CPM goons who followed him for miles before he was waylaid and killed. The killing created state-wide condemnation. Even the chief minister characterized the killing as unfortunate. The governor asked for a report from the state government. A BJP delegation led by Shri O Rajagopal, MLA, submitted a memorandum to the governor demanding action against the state-sponsored terror on BJP workers. The general feeling in the state is that as long as Pinarayi Vijayan is in power, the non-CPM political activists have no safety. The CPM is at war with every other party, including its allies.

Kerala has witnessed three gruesome political murders, a bomb attack on political meeting and a number of VIP visits in the Chief Minister’s own assembly constituency Dharmadom, in Kannur district in the last few weeks. Elsewhere in South Kerala in Kollam district three persons were admitted to hospital in critical condition due to CPM attack on BJP workers. In the same period two persons including a 35 year old woman Vimala were burnt to death two others including her 11 year old child are fighting for life when CPM goondas set the BJP worker Janardan’s house on fire at midnight in Palghat. The macabre nature of the political rivalry, their turf and clannish underbelly, brazen political indulgence by the ruling party have become so intriguing that they have given wings to many gripping film scripts, most of them by fellow-traveler film makers who try to romanticize the class war in the CPM killing fields of Kannur.

In the mid-sixties as a school going child I have undergone the agony of my house being surrounded by CPM goons. Then the fight was not between the RSS and CPM. It was between the Karshaka Sangam of the Kerala Congress representing the farmers and the farm labourers under the CPM opposing modernization of farming in Kerala. My father, a senior Kerala Congress leader and Panchayat president was facing murder threat for trying to replace plough with tractors. That was the time when the entire farm land in the state was undergoing transition and the comrades resisted it, spreading large scale agrarian unrest. As the ruling party the labour unions enjoyed official patronage. Father was in hiding along with other farmer leaders. One day at mid-night they surrounded my house with torch, axe and heavy weapons. They entered the veranda pulled the chairs sat on them and I could hear the sound of heavy metals being placed on the cement floor. They were waiting thinking the father was inside. After waiting for an hour they left on getting a message that only the children and mother were inside the house. Then, they were kind enough to leave us unhurt.

Killing political opponents has been a long time tactics of the CPM. Every party in Kerala, even its own ally, the CPI has been on the receiving end. In May 2016, when the Left Front gained power it was expected that the CPM will turn a new leaf, and the declining graph of the party nationally will force it to modernize and democratize its cadre. That did not happen. Instead it identified the Sangh and BJP as its chief adversaries and as if in a well thought-out strategy went about annihilating and attacking the BJP cadre. Hundreds of workers of the Sangh were maimed in these attacks. The BJP and RSS held a number of protests throughout the state. On January 21 the women wing of the outfit held dharnas at all district head quarters to protest CPM violence. A delegation led by state chief Kummanam Rajesekharan and veteran lone BJP MLA O. Rajagopal met the Chief Minister and pleaded with him to visit Kannur, hold all party peace meet and restore confidence. Twice the BJP state leaders met the central leaders and pleaded for intervention and placing Kannur under central forces. A number of state leaders have been provided central security as they fear threat to their lives. But these leaders are saying that they want to surrender this cover as their party workers are anyway unsafe.

Drawing the national attention to the CPM atrocities has been the strategy of the pariwar. The Sangh is also retaliating with full force. But two things stand out. Firstly while the BJP is growing in the state, the CPM strategy is to project itself as the main Hindu party. For this, the CPM has made many tactical compromises like getting active in Hindu festivals, celebration of Sri Krishna Jayanti, Vivekananda Jayanti and adoption of the teachings Hindu icon Sree Narayana Guru. Secondly the fact that CPM is in power, it is using the administrative machinery to protect its own cadre and torment the RSS Pariwar. This is why the Pariwar is looking for national response. The BJP central leadership has sent two party teams to study the situation in the recent past. Lumpanisation of Kerala polity is proving fatal for the CPM for its onward march as it is with an intellectual façade that it tried to establish a presence at the national scene.

(The writer is Member, BJP Central Committee on Training, and Committee on Publications. He can be contacted at Balashankar12@gmail.com Tweeter @drbalashankar)