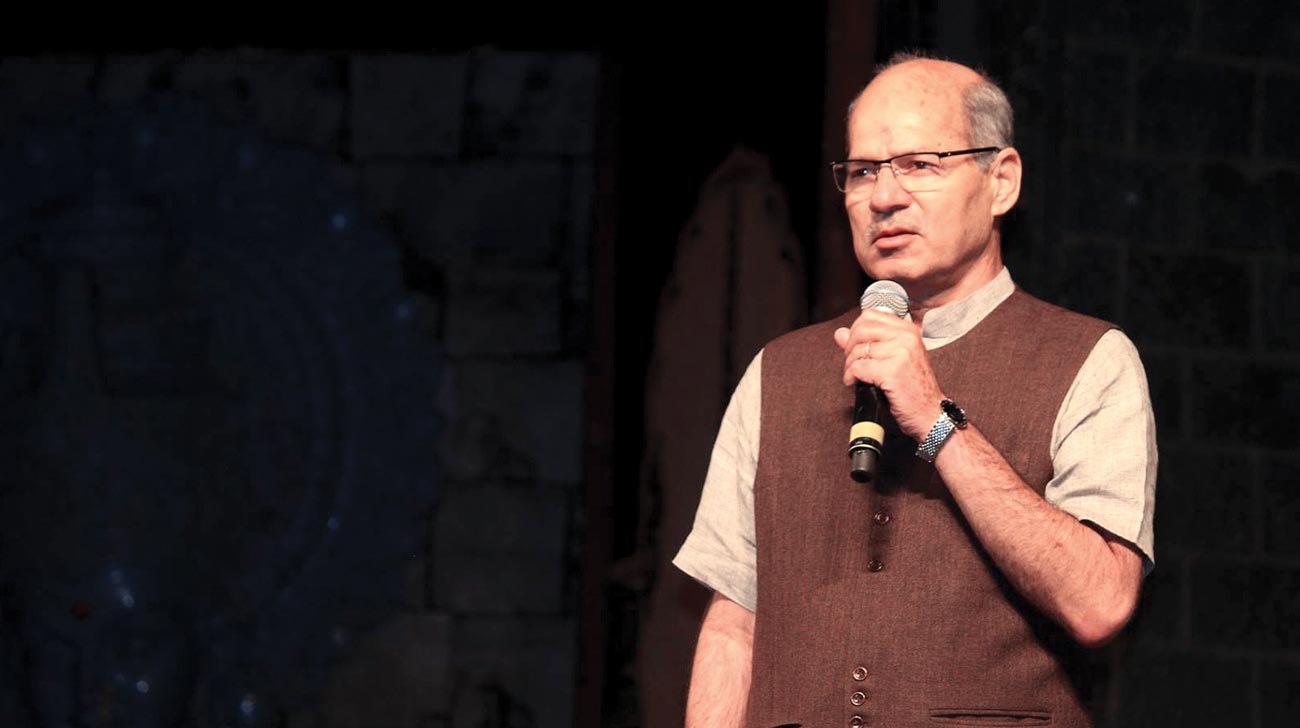 Anil Madhav Dave departed, leaving all of us. He shouldn’t have. Not now Everyone has to leave one day but for such a wise man to depart so early is just too sad for any spiritual consolation. He was the grandson of Shri Bade Sahab Dave, the first President of Madhya Pradesh Jan Sangh. Badnagar, Ujjain has been their ancestral home. He completed his studies in Indore. He was a known name in student politics. It was in those days that he became a Sangh Pracharak. Politeness, discipline and result-oriented action were some of his defining qualities.

I have known him for thirty-five long years. I saw him as Sangh Pracharak in Indore as Vibhag Pracharak in Bhopal. He was used to living a hard life. He was not a man of many words. Despite having many virtues, he worked selflessly. He was a workaholic and believed in using his energy in the most efficient way. I observed him closely after he entered politics. His approach to politics was like that of a mathematician. Whatever task was assigned to him; he would accomplish it after studying its nature and adapting it accordingly. He loved self-study and always had a positive, victorious attitude. He never approached a task with a defeatist and negative attitude. He always embarked on it with a victorious approach.

Firm in his ideology and with a rare moral courage he would connect people to the cause he believed in. He loved working in team. He tried to make the society free from every kind of corruption. It had the desire to weed out social pollution that led him to environmental issues and problems. He believed in nature conservation in the way insribed in the Vedas and the Shastras. His basic belief was that there can only be Indian solutions to India’s problems. An indication of his personality and his love for environment can be made from the name of his house: ‘Nadi ka Ghar’, (The House of the River). Conservation of rivers was one of his primary goals of life.

Very few people know that Anil Madhav Dave was a trained pilot and once flew planes. But the sorry condition of the society compelled him to come down and work with people on the ground. When he entered from Sangh into politics, he first encountered the then chief minister of Madhya Pradesh, Digvijay Singh, who was occupying the post for the past ten years. It was hard to defeat him. Supporting the name of Uma Ji as the Chief Ministerial candidate, he planned the election strategy for the political battle ahead in a small bungalow. In 2004, the BJP formed government in Madhya Pradesh. Since then till his death, he played the role in the subsequent elections that the bones play in human body. He often remarked that half the battle is won if you have a battle plan down to the last minute of the battle.

Dave Ji was multi-talented. He was also known as an author. He was influenced by Chhatrapati Shivaji. He wrote a book, ‘Shivaji va Sooraj’, based on Shivaji’s life. His other books are: ‘Solah Sanskaar’, and ‘Amarkantak se Amarkantak Tak’. Even when he was neither an MP nor an MLA it was his nature to engage in social work. He not only participated as an environmentalist in many international conferences, he always voiced his belief that it is only Indian culture which can provide solutions for Nature conservation. He built an ashram for himself the banks of the Narmada at Baandhrabhaan. He lived there like a sadhu would in an ashram. On two important occasions in his life he got national and international support. He played a central role in the organization of Vishwa Hindi Sammelan in Bhopal and Vichar Kumbha in the Maha Kumbha of Ujjain. Our Prime Minister gave him the independent responsibility as Minister of Environment.

Dave Ji was a man of courage. It is necessary to present his courageous personality in front of the society so that we can take inspiration from him. A few years ago the doctors told him that he is a heart patient and he would have to go for open heart surgery. Without informing others, he asked the doctor about the place where he could have the surgery. Doctor told him of a hospital in Mumbai. He took a colleague with him to Mumbai and asked the doctor to fix a date for the operation. When the doctor asked him about his family members, he said that it was his operation and he was present there. The doctors took him into operation theatre and the surgery was performed on him. When he came to his own after the operation he told his colleague to now tell everyone about his open heart surgery. Such instances of courage are rare.

Dave Ji was unique. His specialty was to accomplish impossible tasks, though he came from humble background. As I lived and worked continuously with him, it feels it was not the time for him to go. But this is where neither man nor science can do anything. Every beginning has an end. Anil Madhav Dave is no more between us. The sun has set for him now, but he will come again in other form and will mesmerize the world.