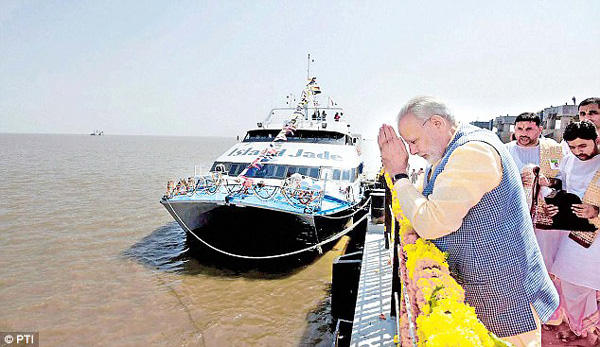 Prime Minister Shri Narendra Modi has a cultural faith-based perspective towards the Ganga and there will be an “Indian solution” to a clean river, says Justice Michael D Wilson of the Hawaii Supreme Court who has played a leading role in establishing a court that specialises in environmental laws in the US state.

Addressing at the ‘Green Law’ lecture on “Environmental Justice and the Rule of Law: Role of the Judiciary and Judges”in New Delhi ‘Justice Wilson said, “Modi cares about the river” and dubbed the government’s National Mission for Clean Ganga scheme as a fantastic community project”.

“When somebody goes into the Ganga, they are not just getting wet. They are getting inspired. It’s a fantastic community project. Ganga has not been abandoned despite all the poisoning, people still revere it. So I think it will be cleaned up. There will be an Indian solution which will have an epic approach,” he said.

“This is a culture which believes in longevity – a commitment that is reflected in over 2000 years of culture and faith. People of India are committed to changing the present trend of global warming and unacceptable levels of carbon emissions. Their commitment is power – it is cultural,” he said.

On being asked about similarities between Donald Trump and Modi, Justice Wilson said there is a big difference between the two leaders and the Indian prime minister cares about the river.

“I don’t know where I can find that commitment level in the executive branch of USA. The prime minister of India has a personal cultural perspective towards Ganga,” Justice Wilson said.