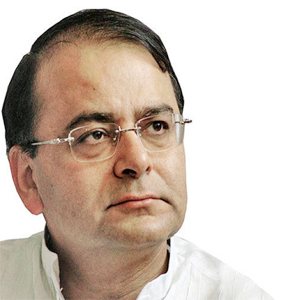 In the late 1980s and the early 1990s, the VHP would distribute stickers which became a launching pad for its slogan “गर्व से कहो हम हिन्दू हैं”. Barring the BJP, a few other groups endorsed it, others denounced this slogan as symbol of communalism. I am sure those still active in the VHP from that era would have had the last laugh when the Congress leader and its candidate from Bhopal, Digvijay Singh, felt compelled to publicly announce “I too am a proud Hindu”. A fundamental disagreement with Nehruvian secularism, as practiced in the 1950s, was that Panditji believed that Hinduism was old fashioned, fundamentalist and obscurantist. He believed that it stood in the way of developing a scientific temperament.

This politics continued for decades. In a multi-cornered election, parties like the SP, the BSP, the RJD and, of late, even the TMC, went a step further of the Congress. They created fear in the minds of minorities and endeavoured to develop a vote combination of a specific caste or a group and that of the Muslim minority. They owed their survival to this polarisation. A significant attempt to dissent from this practice was undertaken by senior BJP leader, Shri L.K. Advani, in the 1980s and the 1990s. He strongly argued against a theocratic State, equality for minorities but his larger point was that secularism can no longer become a euphemism for majority bashing. He argued his case in modern vocabulary. A large part of India started seeing a rationale in this. The majority community was liberal, tolerant but no longer apologetic about its own religious credentials. The Congress never understood the power of this sleeping giant. Shah Bano legislation brought by Shri Rajiv Gandhi was a result of his inability to gauge the reaction. This mistake continued even through the UPA Government where instead of treating the poor as a class, the then Prime Minister, Dr. Manmohan Singh, announced that the minorities have a first right on the national exchequer.

Meanwhile, the socio-economic profile of India changed in slowly consolidating and enlarging India’s middle-class. The middle-class is aspirational. It has strong concern on national security. It is religiously inclined but not communal. At the same time, it will not accept majority bashing as the definition of secularism. The attitude of this class towards national security related issues such as terrorism and a special status of Jammu & Kashmir, is extremely strong. At the same time, its reaction on both Ayodhya and Sabarimala is self-evident. This has created fear of the backlash in the minds of those who conventionally indulged in majority bashing and were compromising on issues of national security. Let us analyse some of the recent episodes.

Without getting into the larger issue of whether a person can inherit his grandmother’s caste, the Congress has suddenly decided to proclaim its President as ‘Janeu-dhari Brahmin’. He has now been declared as ‘Shiv Bhakt’. He does not miss an opportunity to visit temples and makes an event out of each such programmes. His religious orientation was not visible in either 2004, 2009 or 2014.
Is he willing to clarify his stand on the statements that Mehbooba Mufti and Omar Abdullah are regularly making literally supporting soft-separatism? He gets away by saying “I had some other views but I went by my Party’s views on Sabarimala” but still not willing to spell out his stand on either Ram Temple in Ayodhya or Sabarimala.

On national security, his stand has been highly questionable. He wants the sedition laws to be withdrawn. He wants the AFSPA to be removed and the Army personnel in J&K to be diluted. He had the audacity to visit the Jawahar Lal Nehru University in support of those who raised the slogan“भारत तेरे टुकड़े होंगे, इंशाअल्लाह इंशाअल्लाह” and “अफजल हम शर्मिंदा हैं, तेरे कातिल जिंदा हैं”.

He has, till date, not explained his presence at the JNU

The Congress candidate from Bhopal is a well-known majority basher. He claimed that the Batla House encounter during the UPA Government was a fake one. He carried on a campaign in support of the terrorists and against the security forces. He even visited Azamgarh to meet the relatives of the deceased or arrested terrorists. He holds the patent for manufacturing the theory of ‘Hindu Terror.’ He took it to illogical conclusion till the whole theory was busted. Today, realising the wrath of the electorate, he has become ‘proud’ of his Hindu credentials.

The AAP has no answers. Its leaders supported those who raised the highly objectionable slogans in the Jawahar Lal Nehru University. The Party’s sympathy for the jehadis and separatists is apparent. Besides supporting slogans like ‘अफजल हम शर्मिंदा है, तेरे कातिल जिंदा है’, it has, for months together, held up the file at the Delhi Sachivalaya to grant sanction to the Delhi Police to prosecute those who raised these slogans. It’s heart is with the jehadis and separatists but it realised that the electorate in Delhi never accepts parties or candidates with credentials of this kind. The AAP has one simple question to answer “Why is sanction not being given for prosecuting those who raise these anti-national slogans?”

But the hypocrisy of the AAP climaxed when, in the last few days, its only lady candidate from Delhi, shed her family legacy of ultra-Left leaning parents, who were important interlocutors seeking a pardon for Afzal Guru, and started wearing not only her religion but her caste, her father’s caste and her husband’s caste on her sleeve. I was wondering as to why those brought up in atheist environment, for political convenience, start displaying their religion and caste publicly.

India is a land of patriotic people. The contrarians are merely a fringe. The fringe can be a disgruntled lot getting a disproportionate voice on electronic and social media, one cannot belong to the fringe can win elections. This is the power of democracy. Religiosity is suddenly being discovered. Majority bashing has been replaced by a self-proclaimed title of a ‘proud Hindu’ or even a ‘Punjabi Hindu Kshatriya’. Today, even atheist will wear their religion and caste on their sleeves. Elections, after all, are a convenient season for all the neo-converts.

(The writer is Union Minister of Finance,GOI)