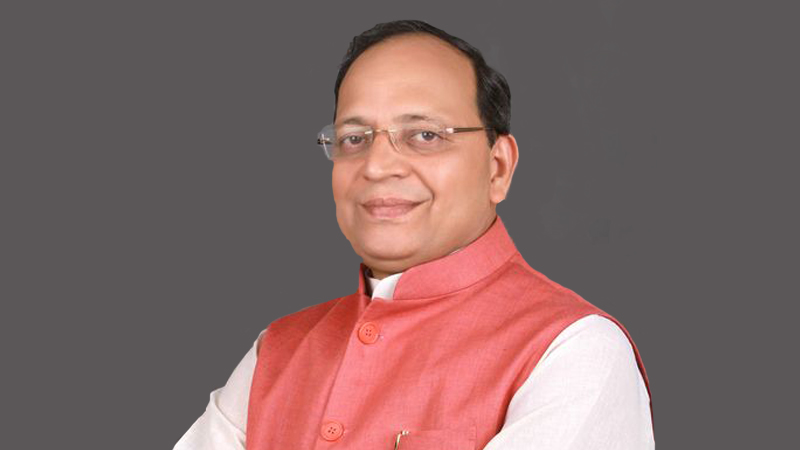 In 2014 general elections the BJP got only one Lok Sabha seat in Odisha with 21.5% vote share. Even performance of the party was not as per our expectations in the simultaneously held Assembly elections in the state. Consequently, the party has realized the necessity of restructuring and strengthening the organisation in Odisha on urgent basis. The Hon’ble Prime Minister Shri Narendra Modi ji and BJP National President Shri Amit Shah ji have given special attention in this mission and prepared the outline for the future action of the party in the state. The BJP National President Shri Amit Shah ji initiated this process by taking the active membership of the party himself from Odisha.

Unfolding the roadmap, at the outset the party primarily expanded the Mandals of the state from 450 to 1001 and conducted elections in every Mandal. Likewise, subsequently the District Committees and the Booth Committees were formed. The state leadership was unanimously believed in one thing that for better results in the state a robust organisation at the grassroots level having all logistics is essential. The party National President frequently visited the state to properly implement this mission and repeatedly reviewed the developments from the very initiation of the work.

By these continuos effort we were able to prepare the Booth Committee list, Voters list, Fulltimer Karyakartas with motorbike list, the Panna Pramukh list and the beneficiaries of various welfare schemes list as per our schedule. To achieve it fulltimers of the party worked day and night in the village level for all through the past three years.

During this period the Party National President Shri Amit Shah ji continuously guided us, set a mission and target for us and also reviewed every development in the party organisation time to time. Personally he interacted with party leaders, Karyakartas, Shakti Kendra workers and Booth Committee workers in various districts of the state. Personally he launched the campaign “Mera Booth, Sabse Mazboot” in Odisha. He visited various houses and put posters on the wall himself. He visited Dalit and poor families in various districts and interacted with them individually to get the first hand information about the problems they have been facing.

Then to protect the public interest and to raise voice for the overall developments of the state the party carried out agitations in every district of the state and all Karyakartas from booth level to the state level actively participated in it. With it the Karyakartas have realized their strength and the Party’s mission of enhancement of the organizational strength were accomplished.

The Hon’ble Prime Minister Shri Narendra Modi ji also visited Odisha several times and addressed the long standing concerns of the people by huge budgetary allocations and ensuring proper implementation of these projects. He launched the Fasal Bima Yojana from Bargarh of the state. When Modi government completed three years in office at the centre the Prime Minister celebrated it with the people in Balasore and visited the backward tribal belt in the state several times to create confidence among the Tribal brothers and sisters that the government is with them and for their development.

poor under Ayushman Bharat, providing housing for all by 2022, providing electricity to the last village and every house, bank accounts under Jan Dhan Yojana, network of rural roads, convinced the people of Odisha that BJP is for the development of the state and this party can only take the state to new highs.
From the welfare schemes of the central government like the Tika karan Yojana, Mudra Yojana, Bank Accounts, Ujjwala Yojana, Fasal Bima, Neem coated Urea and for the focus of the government on the poor, women and farmers, a lot of people got benefits and became diehard supporters of BJP and undeniably it has created a big support base for the party.

The popularity, Performance, Charisma of our Prime Minister Shri Narendra Modiji and his dedicated work for development finally convinced the people of the state and won over their hearts. For all these organizational strengthening and development works on the grassroots level the ground was prepare for a big performance of the party in Odisha.

Finally, the hardwork of the Karyakartas brought cheer and it was reflected in the Lok Sabha elections where BJP got success. With a double increase in vote percentage from 21.5% to 38.5% the party got eight Lok Sabha seats from the state.

The Party has set a mission of 120 plus seats for Odisha Assembly elections but we failed to get good numbers in the assembly elections which was held simultaneously with the Lok Sabha elections. Though the gape of the vote percentage was within striking distance, the BJP could secure only 23 seats in the recent polls. However, the party will not abandon its ‘120 plus mission’ for the Odisha assembly, and once again we began the work and decided that all our MLAs, MPs and leaders will work hard to attain this target next time.

Secondly, the vote share of BJP was just 3.5% less then BJD’s vote share. We will further strengthen the party machinery, work for the penetration of welfare benefits to the last man in the state and will try our best to achieve our target in the next elections.

For good performance recently two able leaders like Shri Dharmendra Pradhan and Shri Pratap Chandra Sarangi have been inducted as ministers by PM Shri Narendra Modiji in his new cabinet. It will further strengthen the party in the state.
About one crore people of Odisha have reposed their faith on Prime Minister Shri Narendra Modi ji this time, and therefore, sent eight BJP MPs to the Lok Sabha. This faith is our strength. We will work hard in the coming days to reach the goal of 120 plus mission and form the government in Odisha.