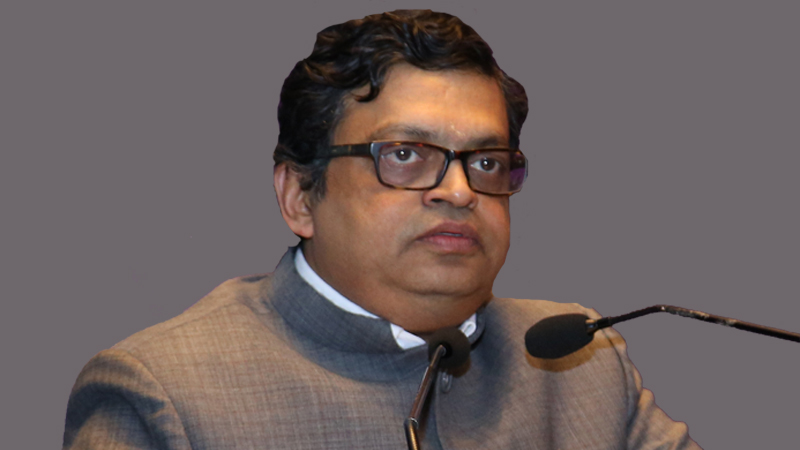 The Court observed that the Government and the RBI had considered all the relevant factors before taking decision and merely because some citizens faced hardship, it cannot be said to be bad in Law.

There are three dimensions to Demonetisation debate: Legal, Political and Economic dimensions. There were 58 petitions filed against government’s decision to implement Demonetisation on various objections. Hon’ble Supreme Court rejected all the contentions of the petitioners. Issues with regards to Central Government’s power, the decision making process, the period provided for exchange of notes, consultations with the Reserve Bank of India; The Court observed that the Government and the RBI had considered all the relevant factors before taking decision and merely because some citizens faced hardship, it cannot be said to be bad in Law.

Demonetisation was a decisive strike against corruption, black money, counterfeit currency and terrorism. As a result of demonetization, there is greater transparency

A six-year period is more than enough time for any policy to be reviewed threadbare and determine if it was beneficial or not. The Supreme Court of India’s verdict has done just that. The Supreme Court upholding the decision of the Central government, should settle all including the Legal aspects of Demonetisation debate.
This should have satisfied opposition parties including Congress. The Congress had systematically attempted to erode the confidence of the people over the years. It is the Congress party that had misled the entire Nation. By spreading misinformation, the Party had tried to stall this pro-poor reform.

On the Political dimension, people have welcomed the decision with open arms. Shri Narendra Modi has won major State Elections held since 2016, with overwhelming majority including that of Uttar Pradesh in 2018 and National General Elections in 2019. People have shown full confidence in the vision and decisions of Shri Narendra Modi ji, whether it is the fight against Covid pandemic, implementation of GST etc. etc.

As I look after the economic affairs at the Party forum, I will delve deeply on the economic aspect of the debate. This aspect is the least understood and therefore much confusion has been created by the Opposition Parties.

Demonetisation was a decisive strike against corruption, black money, counterfeit currency and terrorism. As a result of demonetization, there is greater transparency in business environment, as well as an increase in tax compliance. Several lakh shell companies (3.8 lakh Shell companies and 4.5 lakh directors related to shell entities) have been unearthed and struck off Registrar of Companies Affairs. Penal actions have been initiated against these Companies and their Promoters. Post-demonetisation, Hawala operators and Dabba trading have been severely affected.
The introduction of demonetisation has led to the formalization of the business ecosystem. Tax base expansion has led to an increase in revenue for the economy. The government has used this revenue to create better urban and rural infrastructure in India and improve social services. Rise in tax collections and improvement in the Tax-to-GDP Ratio can be attributed to demonetisation. It has helped India move towards the ideal situation where low taxes are levied on a large base.

Following decades of institutionalized discrimination against the lower strata of the pyramid i.e. the poor population in the country, demonetisation significantly increased financial inclusion among those previously excluded. Pre and Post-demonetisation, crores of new bank accounts were opened under the Pradhan Mantri Jan Dhan Yojana (PMJDY), bulk of which (80 per cent) were with public sector banks. Of the new Jan Dhan accounts, 53.6 per cent were in urban areas and 46.4 per cent are in rural areas.

Modi Government has been cracking down on hoarders of black money and those who had stolen money from the people. Focused approach of our government, through initiative like Insolvency and Bankruptcy Code (IBC), Benami Transactions (Prohibition) Amendment Act, Amendment to the prevention of Corruption Act, Whistle Blower Protection Act, Income Disclosure Schemes, Foreign Illegal Assets Declaration Scheme, Undisclosed Foreign Income and Assets (Imposition of Tax) Act, along with Demonetisation has been successful in breaking the backbone of black economy in the country. Demonetisation was not the step in isolation but our effort have been 360 degrees.

Simultaneously our government has strengthened the Social welfare delivery mechanism for the poor and plugged leakages from public distribution systems. With the Jan Dhan Accounts and digital payments, government initiated the Direct Benefits Transfer infrastructure.

During Demonetisation, non-profit organizations & non-corporates were the second-largest category of entities with regard to average cash deposited. While they account for only 4.6% of PAN nos, cash deposited by them accounted for a disproportionate 16.2%.

Demonetisation in 2016 mandated that any undisclosed income, in the Rs 500 and Rs 1000 notes denominations – had to be deposited into bank accounts or declared for a formal change. At that time, 86.9% of the legal currency in circulation (15.4 trillion) existed in these two denominations.

Post-demonetisation, digital payments have become an integral part of daily life. In terms of digital payments, India at present is ranked first in the world today. As per the volume, the value of digital transactions has multiplied many-fold. Congress has always mocked Indians, Congress’ former Finance Minister in Parliament questioned the ability of our poor brothers and sisters to embrace digital technology.

Demonetization has had a long-term, systemic and behavioral change among the people as well as entities. Demonetization led to a permanent increase in the use of digital transactions. The more dramatic effects were seen in the payments sector.
Some important indicators points to the positive impact of Demonetisation:
The share of Currency in circulation (CIC) in payment systems has been declining from 88% in FY16 to 20% in FY22 and is estimated to go down further to 11.15% in FY27. Use of paper based instruments such as cheque etc. has declined from 46% in FY16 to 12.7% in FY22. Since the inception of Unified payment Interface (UPI), every month online transactions have been increasing and has touched Rs 84 lakh crore in FY22. The NPCIL operated platform saw an increase from 1 lakh transactions in October 2016 to almost 783 crore in December 2022.

The Fintech industry has also seen tremendous growth in India over the last decade after the digitalization push by the government which was catalysed by Demonetization. With a Fintech adoption rate of 87% against the global average of 64%, India is one of the fastest-growing Fintech markets in the world. More than 6,636 Fintech startups in India meant that the industry had a market size of $50 billion in 2021, and it is estimated to reach $150 billion by 2025. India’s Fintech industry is expected to grow at a CAGR of 20% to reach a transaction value of $138 billion in 2023.

(The writer is National Spokesperson of BJP, on Economic affairs)