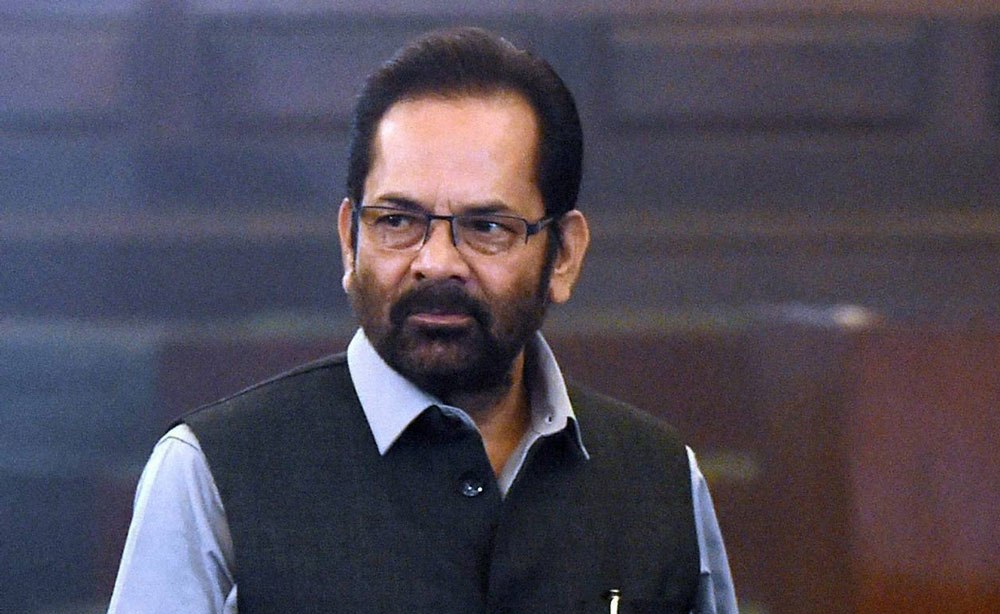 Union Minister for Minority Affairs Shri Mukhtar Abbas Naqvi today chaired meeting of Central Waqf Council in New Delhi. Shri Naqvi said that a programme on war footing has been launched for 100 per cent Geo tagging and digitalisation of Waqf properties across the country to ensure these properties can be utilised for welfare of the society.

Shri Naqvi said that the Centre has decided to start a programme on war footing to utilise Waqf properties across the country for educational empowerment and employment oriented skill development of the needy especially economically backward girls in those areas of the country which were deprived of these facilities since the Independence.

The Minister said that while only 90 districts of the country had been identified for Minority communities’ development during the earlier Central Government; present Government has expanded development programmes for Minorities in 308 districts of the country. There are around 5.77 lakh registered Waqf properties across the country. Geo Tagging and digitalisation will ensure transparency and safety of Waqf records.

Shri Naqvi said that the report of a five-member committee, constituted to review Waqf properties lease rule, headed by Justice (Retd) Zakiullah Khan, has been submitted. The recommendations of the committee will ensure that Waqf rules are made easy and effective for better utilisation of Waqf properties and to free these properties, several of these entangled in disputes for several decades, from disputes.  The Central Government is taking necessary action on the recommendations of the committee.

GIS/GPS maping of the Waqf properties has been initiated with the help of IIT Roorki and Aligarh Muslim University. The Central Waqf Council has provided video conferencing facilities to 20 state Waqf boards and it would be provided in the remaining state Waqf boards by the end of this year.