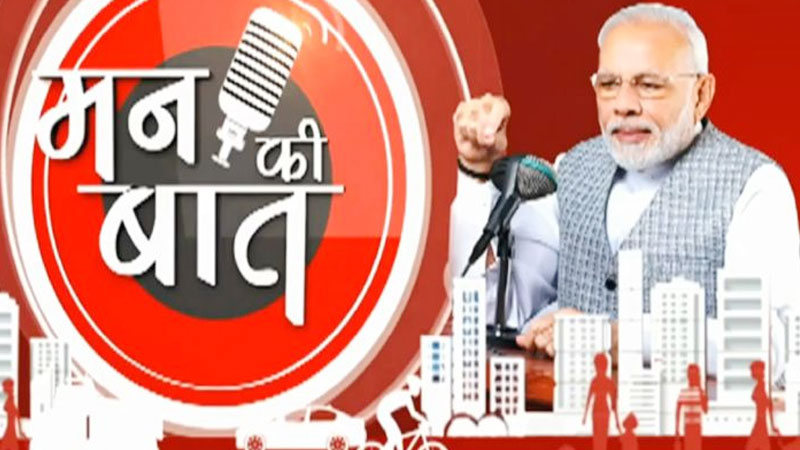 Prime Minister Shri Narendra Modi on 30 January addressed his 85th episode of ‘Mann Ki Baat’ radio programme.He said in the episode that the display of the nation’s valour and strength, which we witnessed on Rajpath in Delhi filled everyone with pride and enthusiasm. He added that a digital sculpture of Netaji has also been installed at India Gate. Here we are publishing brief highlights of the address :

• Just a few days ago, we celebrated Republic Day as well. The display of the nation’s valour and strength, which we witnessed on Rajpath in Delhi filled everyone with pride and enthusiasm. One change you must have noticed is that now the Republic Day functions will start from the 23rd of January, i.e. the birth anniversary of Netaji Subhas Chandra Bose and will continue till the 30th of January i.e. Gandhiji’s death anniversary. A digital sculpture of Netaji has also been installed at India Gate. We can never forget the way the country welcomed this, the wave of joy that arose from every corner of the country; the kind of feelings expressed by every countryman.

• Friends, in the Azadi Ka Amrit Mahotsav, the country is re-establishing its national symbols through these efforts. We saw that the ‘Amar Jawan Jyoti’ near India Gate and the Jyoti lit at the ‘National War Memorial’ in the vicinity, were merged. There were tears in the eyes of many countrymen and martyr families on this emotional occasion. At the ‘National War Memorial’, the names of all the bravehearts of the country who have been martyred since Independence have been inscribed. Some former soldiers of the army have written to me saying that – “The ‘Amar Jawan Jyoti’ lit at the memorial is a symbol of the immortality of the martyrs”. Truly, like ‘Amar Jawan Jyoti’ our martyrs, their inspiration and their contribution are also immortal. I would urge all of you to certainly visit the ‘National War Memorial’ whenever you get an opportunity. Do take along your family and children too. Here you will feel a different energy and inspiration.

• My dear countrymen, all of you send a lot of letters and messages, including many suggestions in connection with The Amrit Mahotsav. Under this series something has happened which is unforgettable for me. More than one crore children have written to me through their ‘Mann Ki Baat’ post cards. These one crore post cards have come from different parts of the country; they have also come from abroad. I have tried to take time out to read many of these post cards. These postcards show how broad and wide is the vision of our new generation for the future of the country.

I have shortlisted some postcards for the listeners of ‘Mann Ki Baat’ which I want to share with you. Like this one is the post card of Riddhima Swargiyari from Guwahati, Assam. Riddhima is a student of class 7th and she has written that she wants to see an India in the 100th year of independence which is the cleanest country in the world, completely free of terrorism, included in the 100 percent literate countries, Zero accident country, and be capable of food security with sustainable technology. Riddhima, what our daughters think, the dreams they see for the country, do come true. When everyone’s efforts come together, when your young generation will work towards this goal, you will definitely make India the way you want her to be. I have also got a post card of Navya Verma of Prayagraj, Uttar Pradesh. Navya has written that her dream for 2047 is of an India where everyone has a dignified life, where farmers are prosperous and there is no corruption. Navya, your dream for the country is very commendable.