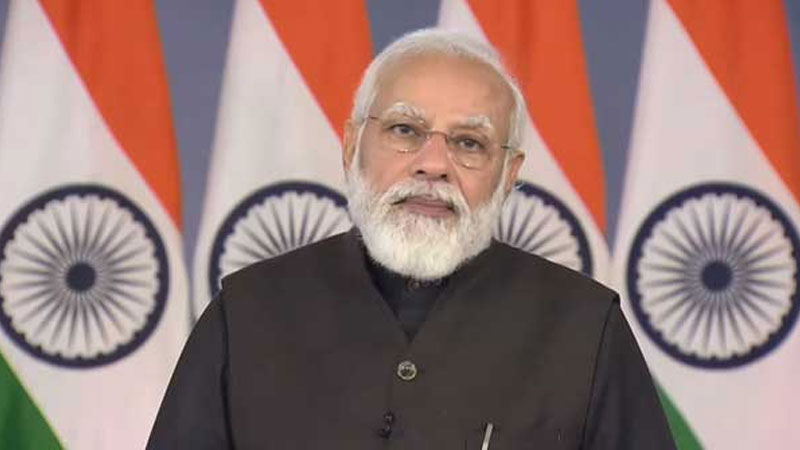 Prime Minister Shri Narendra Modi addressed 30th National Commission for Women Foundation Day programme on 31st January via video conference. The theme of the programme ‘She The Change Maker’ is aimed at celebrating the achievements of women in different fields. The Union Minister for Women and Child Development Smt Smriti Zubin Irani; Ministers of State Dr. Munjpara Mahendrabhai Kalubhai and Smt Darshana Jardosh; Chairperson, National Commission for Women Ms. Rekha Sharma were among those present on the occasion.

Addressing the gathering, the Prime Minister greeted on the 30th Foundation Day of the National Commission for Women. “The milestone of 30 years, whether in the life of an individual or of an organization, is very important. This is the time for new responsibilities and for moving forward with new energy”, he said.

The Prime Minister remarked that today, in changing India, the role of women is continuously expanding. Therefore, he said, the expansion of the role of the National Commission for Women is also the need of the hour. All the women’s commissions of the country will also have to increase their scope and give a new direction to the women of their states.

Shri Modi noted that for centuries, India’s strength has been the small local industries or the MSMEs. In these industries, women have the same role as men. The Prime Minister said that the old thinking had restricted women and their skills to domestic work. It is necessary to change this old thinking in order to advance the economy of the country. Make in India is doing this today. AatmaNirbhar Bharat campaign is linking the ability of women with the development of the country, he said.This change is visible as about 70 per cent beneficiaries of Mudra Yojna are women. The country has seen a three-fold increase in the number of women self-help groups in the last 6-7 years. Similarly, in more than 60 thousand startups that have emerged after 2016, 45 percent have at least one woman director.