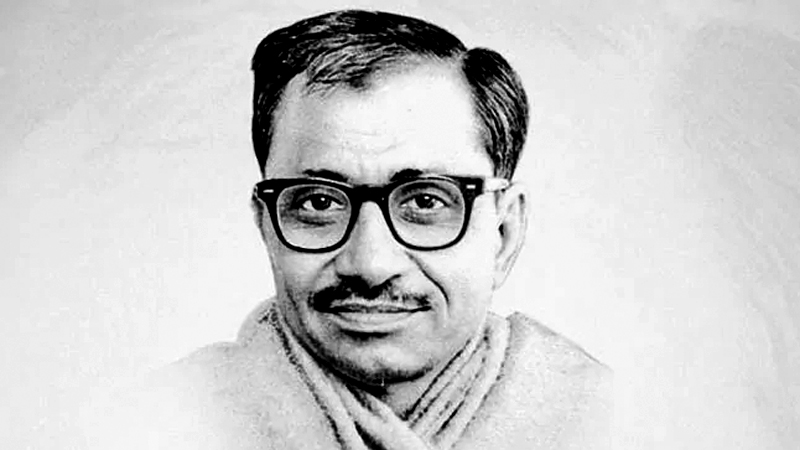 It must be realised that the object of our economic system should not be to make extravagant use but a well-regulated use of available resources. The physical objects necessary for a purposeful, happy and progressive life must be obtained:

Education- A Social Responsibility
To educate a child is in the interest of society itself. By birth, a child is just like an animal. He becomes a responsible member of society only by education and culture. To charge fees for something which is in the interest of society itself, is rather odd. If due to their inability to pay the fees, children are left without an education, will the society be able to endure this situation for long? We do not charge fees from trees for sowing the seed and caring for the sapling. On the contrary, we invest our money and efforts. We know that when the tree grows, we shall reap fruits. Education is a similar investment. An educated individual will indeed serve society. On the other hand, it will not be surprising if people grow indifferent to society which leaves them to fend for themselves. Before 1947, in all the princely states in India, no fees were charged for education. The highest education was free. In the Gurukuls, even food and lodging were arranged without any charge. The student used to go to society for Bhiksha. No householder would refuse Bhiksha to the student. In other words, society used to bear the burden of education.

Similarly, it is rather surprising that one has to pay for his medical treatment. In fact, medical treatment also should be free as it was in this country in the past. Nowadays, one has to pay even to get an entrance to a temple! There is a charge of twenty-five paise to enter to enter the Balaji temple at Tirupati. However, there is a Dharma darshan at noon for one hour, during which period the payment of charges is not required. At other times it is as though adharma darshan, when charges are to be paid. The society should guarantee to all its members, minimum requirements for maintenance and progress of every individual. Now the question arises, if everyone is to be guaranteed the minimum necessities, where will the resources for all this come from?

Minimum Standard of Living: A Birth Right
It is clear that the resources must be produced by our own efforts. Therefore, where a right to a guaranteed minimum is recognised, any individual who does not share in the efforts to produce is a burden to society. Similarly, any system which obstructs the production activity of the people is self-destructive
Such a system will not enable individuals to fulfil the responsibilities. Not only that, but even if the requirement of an individual are met, while he does not share in the effo his personality will not develop fully, and his progress as a human being will be distorted and lopsided.

Man has a stomach as well as hands. If he has no work for his hands, he will not get happiness even if he gets food to satisfy his hunger. His progress will be obstructed. Just as a barren woman experiences emptiness in life and consequent dissatisfaction, so does a man without work.

The guarantee of work to every able-bodied member of society should be the aim of our economic system. Today we witness a very strange situation. On the one hand, a ten year old child and a seventy-year old man are toiling and on the other hand a youth of twenty-five is driven to suicide for want of work. We shall have to remove this mismanagement. God has given hands to every man, but hands by themselves have a limited capacity to produce. They need the assistance of capital in the form of machines. Labour and capital bear the same relation to each other as that between man and nature. The world is a creation of these two. Neither of them can be neglected.

Capital Formation
For capital formation, it is essential that a part of production be saved from immediate consumption, and be used for further production in future. Thus, capital can be formed only by restraint on consumption. This is the basis of capital formation to which Karl Marx refers to as ‘surplus value’ in his treatise. In the capitalist system, the industrialist creates capital with the help of this surplus value. In a socialist system, the State undertakes this task. In both the systems, the entire production is not distributed among the workers. If production is carried on through centralised large-scale industries, the sacrifice on the part of the worker in creating the capital is not given due recognition. The advantage in decentralisation is in the fact that the worker has a sense of direct participation in the management of the surplus value or capital.

Super Money of Machine Over Man
Machines are the most common form of capital. Machines were created in order to reduce the content of physical labour in production and to increase the productivity of the worker. Machines, therefore, are an assistant of the worker and not his competitor. However, where the human labour came to be considered as a commodity to be purchased with money, the machine became the competitor of the human being. The principal drawback of the capitalist viewpoint lies in the fact that by making the machine a competitor of human labour, and thereby displacing and subjecting a human being to deprivation privations, the very purpose of creating machines has been defeated. Machines cannot be blamed for this. It is the fault of the economic and social system which cannot distinguish between the object and the instrument. It is only after considering the limitations of the machine that one has to decide upon its usefulness. From this point of view, to import machinery from Western countries, where shortage of manpower was the guiding factor in the design of machines, would be a serious mistake. The merits of machines are not independent of time and place. Machines are a product of modern science but not its representatives. Scientific knowledge is not a monopoly of any particular country. But its application has to take into account the particular condition of each country and its requirements. Our machines must not only be tailored for our specific economic needs, but must also, at least, avoid conflict with our socio-political and cultural objectives.

The Seven M’s
Professor Visweswarayya has said in one of his books that, while considering the system of production, one must take into account the seven M’s. These are man, material, money, management, motive power, market and machine. The skill and ability of the workers or those who should be provided work must be considered. Easy availability of the required raw material, and the quality and properties of the raw material available cannot be ignored. We must also think of how much money is available as capital. How this capital can be increased and at what rate? How best can it be utilised for maximum production? How much of it should be put in fixed assets and how much should be kept in liquid form? We must also pay attention to the forms of power available in the country, in addition to the human and animal labour. Wind, water, steam, oil, gas, electricity and atomic power can supply the motive power. Of these, which form of power can be obtained, in what quantity without being uneconomic, must be thought of while deciding upon our methods of production.

Speech delivered by Pt. Deendyal Upadhyaya on 25 April, 1965 in Mumbai
(Source- Integral Humanism- An Analysis of Some Basic Elements)