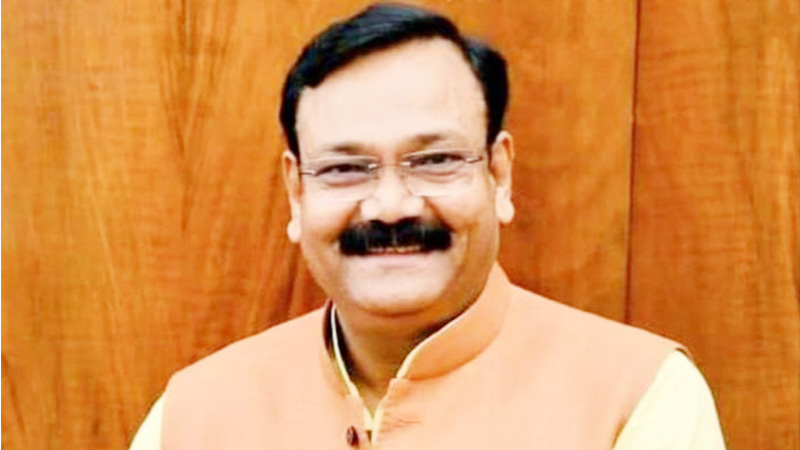 National President of BJP Kisan Morcha and Lok Sabha MP Shri Rajkumar Chahar, in an exclusive interview with Kamal Sandesh Associate Editor Ram Prasad Tripathy revealed the historic and landmark decisions of Modi government since its inception in 2014 for farmers and agriculture sector and its exceptional focus for the wellbeing of the farming community in the country.
Shri Chahar also spoke at length about the ongoing nationwide activities of the BJP Kisan Morcha and its awareness campaign at the grass-root level on government’s welfare schemes and its benefits for the all-round development of the farmers. Excerpts of the discussion :

Modi government has taken several Historic and landmark decisions for the Farmers and Agriculture sector. What are these schemes and as the National President of Kisan Morcha, how do you view these steps?


Without farmers’ empowerment the overall development of the country is not possible and the country has seen the farmer-friendly Modi government making continuous efforts to make farmers self-reliant since the last eight years. In line with the continued commitment and resolve to empower the grassroot level farmers, Prime Minister Shri Narendra Modi launched a major financial benefit scheme ‘Pradhan Mantri Kisan Samman Nidhi’ (PM-KISAN). Under this scheme, an amount of Rs. 6,000 per year is transferred directly to the bank account of the beneficiaries and till date around 11.3 crore farmers have received around Rs. 1.83 lakh crore rupees directly in their account. This financial support of the Modi government at the most critical time of farming has been giving relief to the farmers and making them debt-free.

Likewise, the Prime Minister has started a huge campaign to revive our traditional and natural farming. Since 2019 he has appealed to farmers across the country to adopt organic farming because there is more profit in less input cost. Millions of farmers joined in this campaign and today they are getting huge benefits from organic farming. It’s a matter of great pride for the entire country that states like Sikkim adopted organic farming and now it is the first state in the world that is 100% organic.

Similarly, to double the farmer’s income and for a robust agricultural infrastructure ‘Agri-Infrastructure Fund’ was created by Modi government and in view of that, around Rs. 1 lakh crore for farm-gate infrastructure was announced. Till date, for around 11632 projects about Rs. 8585 crore have been sanctioned.

To promote uniformity in agriculture marketing by streamlining the procedures across the integrated markets, removing information asymmetry between buyers and sellers and promoting real time price based on actual demand and supply, the Modi government has launched ‘National Agriculture Market’ (e-NAM). Its a landmark decision of the government and around 1.73 crore Kisan have been registered under this scheme and this platform has created a business of around 1.87 lakh crore till date.

Apart from these mega schemes, the government has also launched several other welfare schemes for the benefits of the farmers.

How the welfare measures doubling the farmer’s income?

Perhaps for the first time after Independence, PM Shri Narendra Modi took initiatives to increase the contribution of agriculture to GDP in the country in a sustainable manner. To fulfill the Prime Minister’s vision of doubling the farmer’s income, the government took several steps to strengthen the economic condition of farmers and the results are fabulous.

From ‘Pradhan Mantri Fasal Bima Yojana’- Crop Insurance to arranging small loans for farmers, Kisan Credit Cards, providing technology, marketing support, thousands of crore subsidies for sugarcane and other farmers, increasing the MSP of almost all Agri products, promoting organic fertilizer and from promoting Self Help Groups to helping the Self Help Groups, the Modi government has done incredible work for the farmers and agriculture sector. These majors of the government ensured the future of every farmer, fisherman, and livestock rearer in the country and helped in a great way in doubling the farmer’s income.

How Modi government’s agriculture policies are different from the earlier governments?

The vision of PM Shri Narendra Modi is very clear that the GDP can increase through agricultural production and if cultivated in a scientific manner, the agriculture can be a big contributor to India’s GDP. Therefore, each and every step the government is taking is to strengthen the backbone of our farming community. That is Modi government’s major policy difference from earlier governments.
For example, when PM Shri Modi came into office, the sugarcane rate was Rs.2300 a quintal, and payments for more than two years were overdue. Entire payments have been made today as both production and payments to farmers have improved significantly during this period. During the UPA government, sugarcane was imported from Brazil but when the Modi government came it imposed a 100% import duty and promoted the export of sugarcane by giving incentives to the farmers and as a result, there is surplus production and a record high export of sugarcane.

During the Congress led UPA government, ethanol manufacturing was 38 crores litres per year, but it is now 400 crore litres, and that ethanol can now be made from sugarcane. The Modi government provided sugar mills with Rs 4500 crore soft loan package, and most mills have begun producing ethanol. PM Modi’s aim is to include at least 20% ethanol in diesel till 2025. This step will improve sugarcane farmers’ financial conditions, lower import of petrol and save the environment.

Similarly, Common Service Centers are being set up in lakhs of villages of the country to give a boost to the rural economy. Setting up food processing units, warehouses and investment in Agri-logistics and providing broadband connectivity or making a digital highway to every village are also significant steps which makes this government different

The opposition parties are doing politics in the disguise of farmers and spreading confusion. However, ‘Kisan Ki Sarkar- Modi Sarkar’ has been doing relentless work for the welfare of our Kisan brothers and sisters. Therefore, all the farmers across the country are with Modi ji today.

After you assumed charge, what would you count as some of the major programmes of Kisan Morcha?

As part of the BJP’s ‘Samajik Nyay Pakhwada’ to mark its 42nd foundation day, the Kisan Morcha organised meetings with farmers across the country. During this programme the Morcha Karyakartas highlighted measures taken by the Modi government to benefit the farmers at the grass roots level.
Recently, in order to promote natural farming campaign, the Kisan Morcha launched a Padyatra on the banks of the Ganga in Patna, Bihar. Thousands of Kisan brothers and sisters participated and pledged for organic farming. To popularize the organic farming we have decided to spread this campaign nationwide in the coming days. Likewise, Morcha organized Farmer Beneficiary Conference in Rajasthan, organised a massive Kisan-Mahasangam in Kochi, Kerala, protested against AAP government in Punjab over farmers’ suicide in Bathinda etc.
The Morcha also initiated innovative programmes like ‘Kisano Ki Baat-Kisano Ki Saath’, Modiji Ki Maan Ki Baat- Gaon Me Sunenge Kisano Ki Saath’, under ‘Seva Hi Sangathan’ programme the Kisan Morcha extended helping hand to millions of people during Covid-19 pandemic, on PM Shri Narendra Modi’s Birthday was celebrated as ‘Kisan-Jawan Samman Diwas’, ‘Tractor Poojan Our Kisan Tractor Rally’ and farmers felicitated programme were organised in all most all states of the country.
In coming days the Morcha will strengthen the organization from village to village and will engage with our full responsibility in fulfilling the resolve of “self-reliant agriculture”.

ACROSS THE COUNTRY farmers modi ji
Next post in category