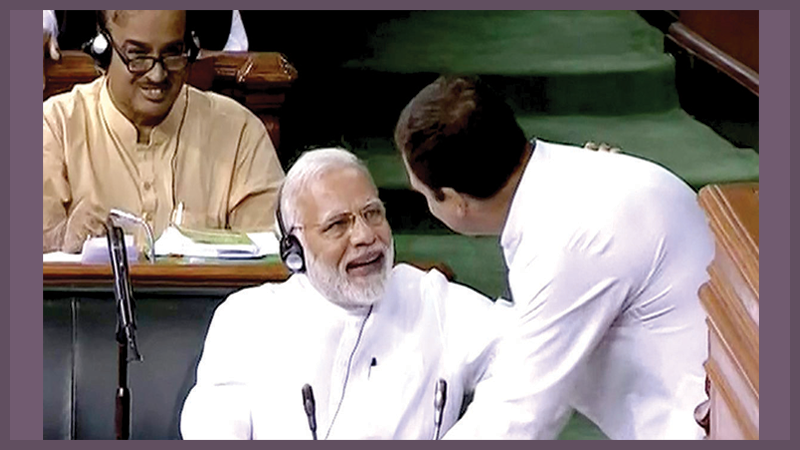 A Vote of No Confidence against the Government is a serious business. It is not an occasion for frivolity. The lead participants in the debate are normally senior political leaders. They are expected to raise the level of political discourse. If a participant happens to be a President of a national political party nourishing Prime Ministerial aspirations, every word he speaks should be precious. His facts should convey credibility. Facts are always sacrosanct. None should ever trivialise the debate. Those who desire to be Prime Minister never blend ignorance, falsehood and acrobatics.

Regrettably, the President of the Congress Party missed a great opportunity. If this was his best argument for 2019, God help his party. His lack of understanding is not only confined to basic issues but also to the niceties of protocol. One should never misquote a conversation with a Head of Government or a Head of State. You do it once, serious people will be reluctant to speak to you or speak in your presence. Rahul Gandhi, by concocting a conversation with President Macron, has lowered his own credibility and seriously hurt the image of an Indian politician before the world at large. Not to be aware of the fact that UPA Government Minister had signed the secrecy pact is not understandable. He now seeks to embarrass Dr. Manmohan Singh by implicitly insinuating that Dr. Singh was a witness to the conversation being wholly unaware that his own Government had entered into the secrecy pact. Rahul has repeatedly shown that he is ignorant of facts. But to insist on disclosure of financial details, which indirectly involves the disclosures of the strategic equipment on the aircraft, is to hurt national interest. Cost gives away a clue to the weaponry in the aircraft.

Hallucinations can give momentary pleasure to a person. Therefore, to hallucinate after an embarrassing performance that he has won future election or to hallucinate that he is the reincarnation of Mark Antony being complemented by friends and foes alike, may give him self-satisfaction but for serious observers it is more than just self-praise – in fact a serious problem. Even in dynasties many successors remind you of the virtues of their predecessors. Yesterday I reread two of Panditji’s legendary speeches – ‘Tryst with Destiny’ and ‘Light has gone out of Lives’.