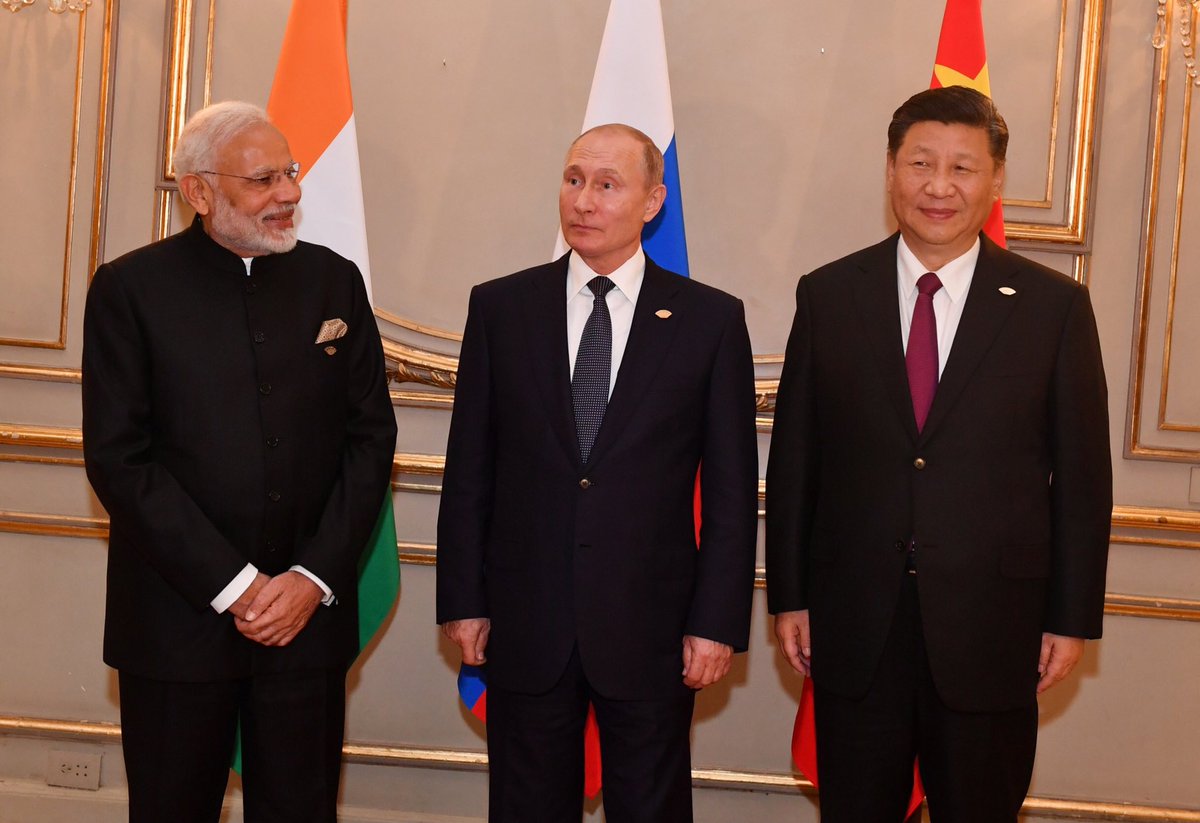 Prime minister Shri Narendra Modi chaired the informal meeting of the RIC (Russia, India and China) framework on the sidelines of the G-20 summit.
The meeting was attended by Russian President Vladimir Putin and Chinese leader Xi Jinping. In his opening remarks, the Prime Minister said, the interactions at the level of the leadership of these countries to discuss global issues are of immense importance.
Shri Modi also met German Chancellor Angela Merkel and discussed ways to deepen the Indo-German relations and enhance cooperation in areas like artificial intelligence, E-mobility and cybersecurity.
The Prime minister said, both the leaders discussed ways to diversify and deepen India-Germany ties. Germany is India’s largest trade partner in the 28-member European Union bloc.