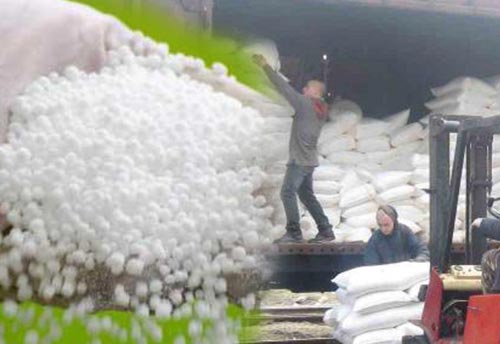 Government has been implementing Nutrient Based Subsidy (NBS) Policy for decontrolled P&K fertilizers. The Cabinet Committee on Economic Affairs (CCEA) Union Cabinet chaired by Prime Minister Shri Narendra Modi on March 31 approved the Fixation of Nutrient Based Subsidy (NBS) rates for Phosphatic and Potassic (P&K) fertilizers for the year 2017-18.

Under this policy, the subsidy on Phosphatic and Potassic (P&K) fertilizers is announced by the Government on annual basis for each nutrient i.e., Nitrogen (N), Phosphorous (P), Potash (K) and Sulphur (S) on per kg basis which is converted into subsidy per tonne depending upon the nutrient content in each grade of the fertilizers. These rates are determined taking into account the international and domestic prices of P&K fertilizers, exchange rate, inventory level in the country etc.

This is in continuation with the reforms being undertaken in the fertilizers sector over the past two and a half years including DBT for subsidy payment, neem coating of Urea, reduction in MRP of P&K fertilizers to promote balanced use of nutrients, removal of minimum production criteria for manufacturers of Single Super Phosphate (SSP).