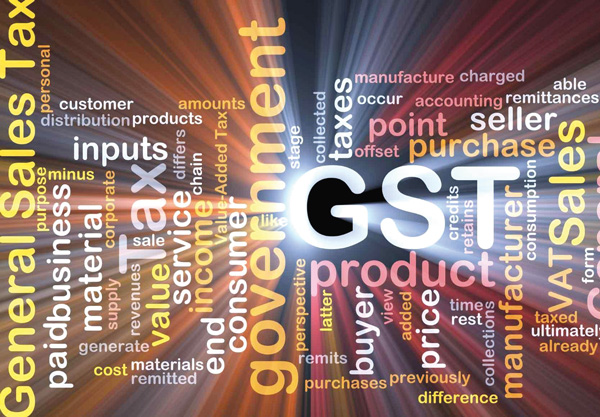 Initial anxiety and apprehension with regard to GST rollout is largely owing to lack of awareness and information about the new tax regime. The apprehension is with regard to its implementation. People are worried about how they will be registered, how they will avail benefits of input tax credits, the anti-profiteering clause and how the reduced taxes shall be passed on to the consumers. These are concerns that are being addressed through processes of instructions and consultations. I myself am travelling to many places for awareness programmes. There will be many regional meetings with trade bodies and profesionals to create awareness about GST.

This is not just an economic measure; it means a social reform, by ushering in a more transparent, tax compliant society. For the consumer, it would reduce prices of manufactured goods, for the Government it would mean increased tax collection and fiscal consolidation and creation of a much simpler system to administer through GST network (GSTN).

The experience of demonetisation shows that popular sentiment in India is for a transparent corruption free economy where opposition to a tax compliant regime is wanning with the time.

Conceptually, no one has a problem with the GST. It does away with the multiplicity of tax structures subsuming 18 central, state and local taxes, it results in a reduction of indirect taxes for the consumer, it creates ease of doing business by online registration, filling of returns and assesment. It is the only machanism through which we can create one tax one market. We are looking at an objective, online, transparent and compliant tax system.
For the businessmen who are already registered under excise or VAT, the migration is simple and online. Once registered they have to only capture transaction carefully at the point of supply with full details. Rest; returns, input tax credit etc will be automaticaly extrapolated by the GSTN.

Traders etc, who’s turnover is below 20 laks are exempt under GST. Those traders and manufacturers etc. between Rs 20 to 75 lakh turnover have an option of Composite Scheme. They just have to pay one/two per cent GST only and not avail input tax credit. They don’t have to issue saparate chalans for transaction of less then rs 200 each. It benefits the small and medium enterprises.

The most important thing in the GST is to capture the initial transaction in all its details and the rest of the system falls into place beautifully. It just needs to be understood properly. We are trying to benefit the consumer through anti-profiteering which basically translates into tax benefits being transferred to them. And there is a saparate authority for this. Similarly, the Government would have a better system to administer besides having a wider tax net.

People who are protesting are those who are unaware. There are lot of rumors and misinformation being circulated through social media, my request is that people should not rely on them and only go by expert advice. Government is very proactive and GST is an ongoing work in progress, any anomaly found is being taken care at the highest priority.

There are a lot of misapprehensions. For instance, some people are comparing GST with sales tax only. What is being misconstrued is that GST subsumes other taxes. When GST is higher than sales tax, as in the case of real estate, i.e. 4 per cent sales tax earlier, and about 12 per cent GST now. If floor rates are not reworked, considering input tax credit on steel and cement etc. which was not available earlier, the consumers may be taken for a ride. The anti-profiteering clause kicks in here and the benefits get transferred to the consumer Many of the protest are also emnating from those who do not want the country to move towards better tax compliance. That has been the problem with our economy, an overwhelming percentage of transactions are outside the system. That is why over 58 per cent of the Nation’s wealth is being captured by only one per cent people. The BJP was mandated to usher in a transparent, corruption-free system. GST is a big step towards that. I think by and large people will support us.

We received similar support from the people in case of Demonetisation. people supported us because they know that there are two types of leakages, one is in the tax collection system and the second is in the delivery mechanism. This has led to vast sections being impoverished while a few have flourished. We have plugged the delivery system leakages through directly transferring of benefits to the intended beneficiaries by linking the Jan Dhan scheme through Aadhaar numbers and mobiles (JAM). The second leakage plug will come through GST when all business transactions will move through formal system and the basic cost of a product will be exhaustively checked.

We are confident that the common people will support us. In any case, we have a migration period where the reality of the new tax regime will sink in. Initial apprehensions will die down. We are all very sensitive and active to common mens problems. Government has kept on hold the implimentation of tax deduction at source, which was creating initial complexcities. Governement has also come out with clarification on MRP, so that consumers are not taken for a ride.

(The writer is BJP National Spokesperson on Economic affairs)