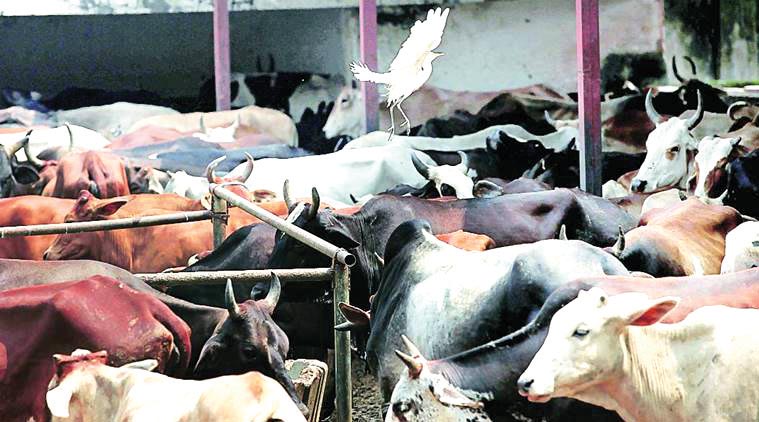 Gujarat assembly amended the Gujarat Animal Preservation Act 1954 and made more stringent. The a new bill passed by Gujrat assembly on March 31 calling for severe punishment against those who kill cows in the state. Gujarat Animal Preservation (amendment) – Bill 2017 was passed by the majority votes in the absence of opposition members. The amendment law provides for harsher punishment and higher penalties to prevent cow slaughter in the state.

The minimum jail term for illegal ferrying of cows for slaughter has been raised from 7 to 10 years against the current provision of 3 to 7 years. The monetary penalty has also been increased from Rs 50,000 to Rs 1 lakh.

Further, the proposed amendment bill also allows police to acquire the forfeited vehicles seized for illegal ferrying of cattle. Earlier, the police had to release the vehicles after six months of filing the FIR. The proposed amendment bill also makes offences under the act cognizable and non-bailable. The act was last amended by Gujrat Government led by then chief Minister Shri Narendra Modi in 2011.That amendment inserted clauses in the Gujarat Animal Preservation Act, 1954 of banning cow slaughter and the sale and transportation of cow meat.