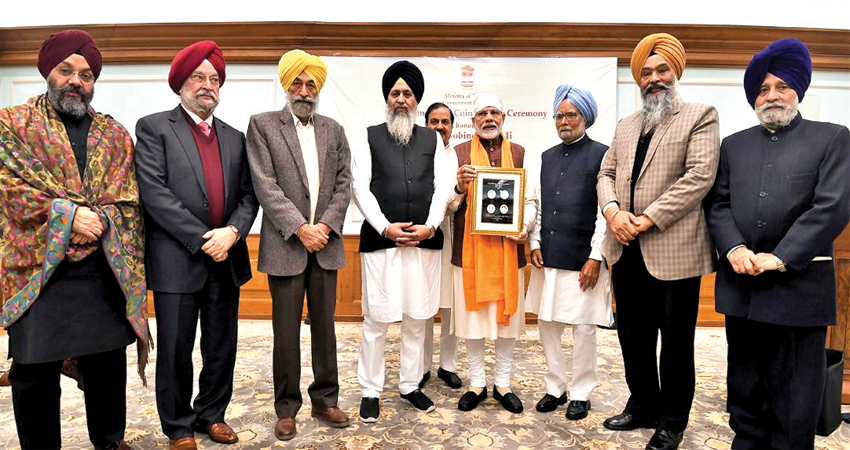 Prime Minister Narendra Modi released on January 13 a commemorative coin of Rs. 350 in the national capital to mark the birth anniversary celebrations of Guru Gobind Singh jee. He lauded the lofty ideals and values of the Guru Gobind Singh jee – the selfless service to humanity, devotion, heroism and sacrifice and urged the people to follow his path.

The Prime Minister was addressing a select gathering at his residence, 7 Lok Kalyan Marg after releasing the commemorative coin to mark the birth anniversary of Guru Gobind Singh jee. Shri Modi said that Guru Gobind Singh ji was a great warrior, philosopher poet and guru. He fought against oppression and injustice. His teachings to people focused on breaking the barriers of religion and caste. His message of love, peace and sacrifice are equally relevant today.

The Prime Minister said that Guru Gobind Singh Ji , his values and teachings will continue to be the source of inspiration and the guiding spirit for the mankind in years to come. He added that the Commemorative Coin is a small effort on our part to show our respect and reverence to him. He urged the people to make a resolve to walk the talk on the 11-point path shown by Guru Gobind Singh ji Maharaj.