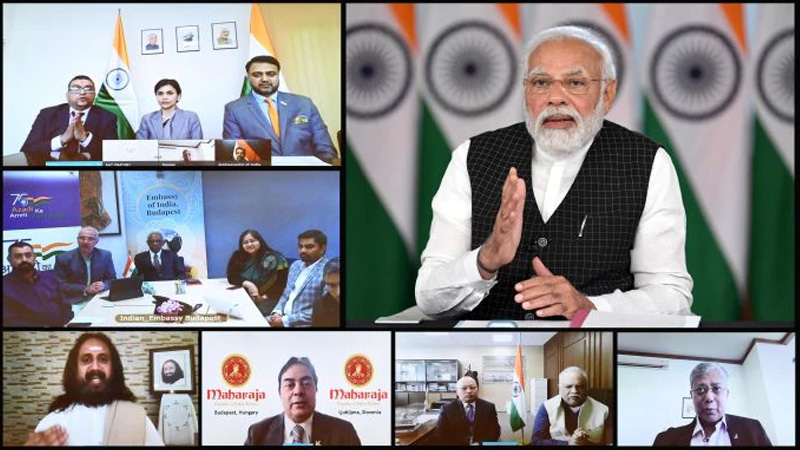 During the interaction, representatives of the Indian Community and private sector in Ukraine, Poland, Slovakia, Romania and Hungary narrated their experiences of being part of Operation Ganga, the challenges they faced, and expressed their sense of satisfaction and honour at having contributed to such a complex humanitarian operation.

Prime Minister Shri Modi expressed his warm appreciation for Indian community leaders, volunteer groups, companies, private individuals and government officials who worked tirelessly for the success of the operation. He praised the patriotic fervour, the sense of community service, and the team-spirit displayed by all stakeholders involved in Operation Ganga.

Shri Modi especially praised the various community organisations, pointing out that their selfless service exemplifies the Indian civilizational values that they continue to embody even in foreign shores.

Speaking about the efforts made by Government to ensure the safety of Indian nationals during the crisis, Prime Minister Shri Modi recalled his personal interactions with leaders of Ukraine and its neighbouring countries, and expressed gratitude for the support received from all the foreign governments.

Reiterating the high priority that government attaches to the safety of Indians abroad, he recalled that India has always acted with alacrity to assist its citizens during any international crisis. Guided by India’s age-old philosophy of “Vasidhaiva Kutumbakam”, India has also extended humanitarian support to nationals of other countries during emergencies.