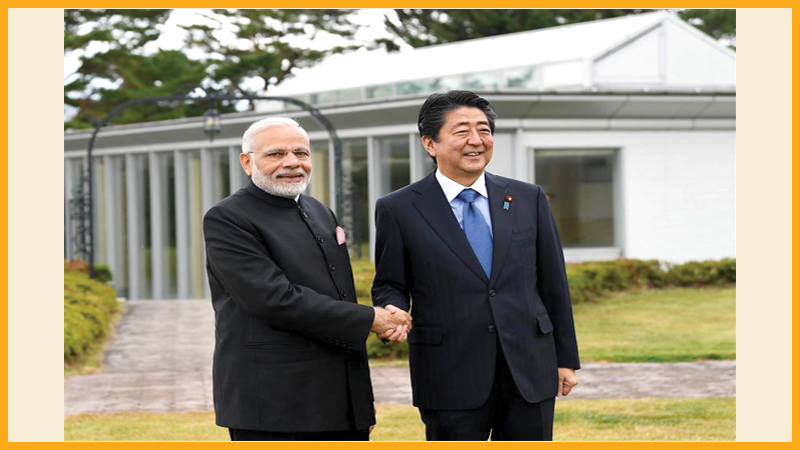 Prime Minister of India Shri Narendra Modi visited Japan on October 28-29, 2018 for 13th India-Japan summit. During the visit, recognizing the unparalleled potential for development of relations between the two countries, Prime Minister Modi and Prime Minister Abe reviewed the significant milestones achieved over the last four years and outlined the following shared vision for the future of India-Japan relations. Japan announced joining the International Solar Alliance (ISA) submitting the instrument of ratification on 29th October 2018. As of now there are 70 countries that have signed the ISA Framework Agreement (ISA FA) and 47 countries that have ratified it. Japan will be the 71st country to sign and 48th country to ratify the ISA FA.

During this trip Shri Narendra Modi addressed the ‘Make in India: India-Japan partnership in Africa and Digital Partnership’ seminar, in Tokyo. The PM said India and Japan will be friends forever. The Prime Minister explained how the Union Government is focused on improving ease of doing business, and ease of living for the citizens. He expressed happiness at the large presence of Japanese companies in India. Noting that Japan has been a partner in many important industrial projects in India, the Prime Minister explained the strength of India’s economic performance over the last four years. He said India is today the fastest growing major economy. He mentioned other major transitions in the Indian economy, including the move from informal to formal economy, digital transactions and GST etc.

Prime minister Shri Narendra Modi along with his Japanese counterpart Shri Shinzo Abe visited the FANUC Corporation, one of the largest makers of industrial robots in the world. Officials of the foreign ministry said at the motor assembly facility, they witnessed the assembling of a motor by a robot in 40 seconds. 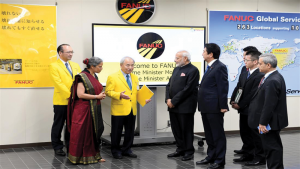 PM Abe hosted PM Modi at his personal villa near Lake Kawaguchi in Yamanashi for a private dinner as a special gesture.

Shri Narendra Modi also addressed during the visit with the Indian Community in Tokyo. During his address, Prime Minister highlighted several aspects of India – Japan partnership.


The Prime Ministers of India and Japan, building on great friendship between the two countries and to further strengthen and widen the depth and diversity of economic cooperation, agreed during Prime Minister Mr. Narendra Modi’s visit to Japan on 29 October 2018 for the Annual Summit, to conclude a Bilateral Currency Swap Agreement for an amount of USD Seventy Five billion. This Swap arrangement particularly reflects the depth of mutual trust and understanding, personal relationship and warmth between the two leaders built over many years.

The decision of entering into currency swap agreement is another important measure towards improving confidence in the Indian market. This facility will not only enable the agreed amount of Capital being available to India on tap for use, it would also help in bringing down the cost of capital for Indian entities while accessing foreign capital market. The arrangement is another milestone in mutual cooperation between Japan and India