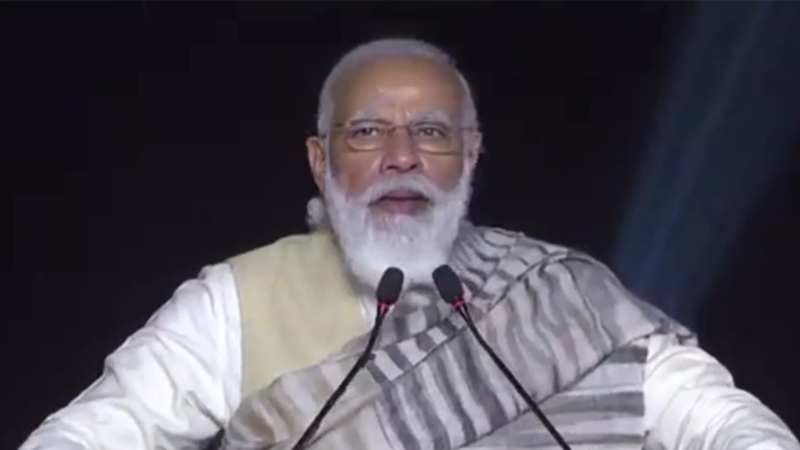 PM Shri Narendra Modi replied to the motion of thanks on the President’s address, in Rajya Sabha on 12 February, 2021. He thanked the members of the Upper House for participating and contributing towards the debate. He said that the President’s address has infused hope, confidence in the world which is facing hard challenges. Excerpts;

Prime Minister Shri Narendra Modi said India, today, is a land of opportunities and the eyes of the world are on India. There are expectations from India and there is confidence that India will contribute to the betterment of our planet. As India’ enters the 75th year of its Independence, we should try to make it a celebration of inspiration and rededicate ourselves to the pledges of our vision for India of 2047 when it’s Independence will be a century PM said.

The Prime Minister said that effective handling of the Covid pandemic is not a success of a party or individual but is a success of the nation and should be celebrated as such. India has seen days when there was a large threat of polio, small pox. Nobody knew whether India will get a vaccine or how many people will get it. From those days, Shri Modi said, we are now here- when our nation is making vaccines for the world and undertaking world largest vaccine drive. This increases our self-confidence.

India is the ‘Mother of Democracy’

The Prime Minister addressed the criticism of Indian democracy and said that Indian democracy is not a western institution but a human institution. It is imperative to alert the countrymen about the all-round attack on Indian Nationalism. Quoting Netaji Subhash Chandra Bose, the Prime Minister asserted, Indian nationalism is neither narrow, nor selfish or aggressive, It is based on the notion of Satyam, Shivam Sundaram. “India is not merely the world’s largest democracy. India is the ‘Mother of Democracy’ and this is our ethos. Our nation’s temperament is democratic”, said the PM.

To Be Part Of The Solution Or The Problem

Shri Modi said that where, countries are deprived of foreign investment during Corona times, India received record investment. Shri Modi listed strong performance in foreign currency, FDI, internet penetration and digital, financial inclusion, spread of toilet coverage, affordable housing, LPG coverage and free medical treatment in this regard. Shri Modi said there are challenges and we have to decide whether we want to be part of the solution or the problem.

The Prime Minister informed that since 2014 the Government has initiated changes in the agriculture sector aimed at empowering the farmer. The crop insurance scheme was changed to make it more farmer friendly. The PM-KISAN scheme was also brought in. Shri Modi stressed that the Government is working for the small farmers. Farmers have got claim worth Rs 90,000 crore under PMFBY. Farmers also benefitted from Kisan Credit Card, Soil Health Card and Samman Nidhi. When the road connectivity improves under PM Gramin Sadak Yojna, it enables the produce of the farmers to reach distant places. There are efforts like Kisan Rail and Kisan Udan too. The need of the hour is to improve the lives of the small farmers, said the Prime Minister. Why should not they have the same freedom as dairy sector to work with private or cooperative sector? Asked the Prime Minister.

The Prime Minister invited all the parties to move forward for the welfare of the farmers. On MSP, the Prime Minister reiterated, “MSP is there, MSP was there. MSP will remain in the future. Affordable ration for the poor will continue. Mandis will be modernised.” For the welfare of the farmers, we need to rise above political calculations, He said.

Referring to the notion of Sabka Saath, Sabka Vikas, Sabka Vishwas, he underlined the steps taken for normalisation in naxal affected areas and the northeast. He expressed the hope that in coming time, eastern areas will play a major role in the development of the country.