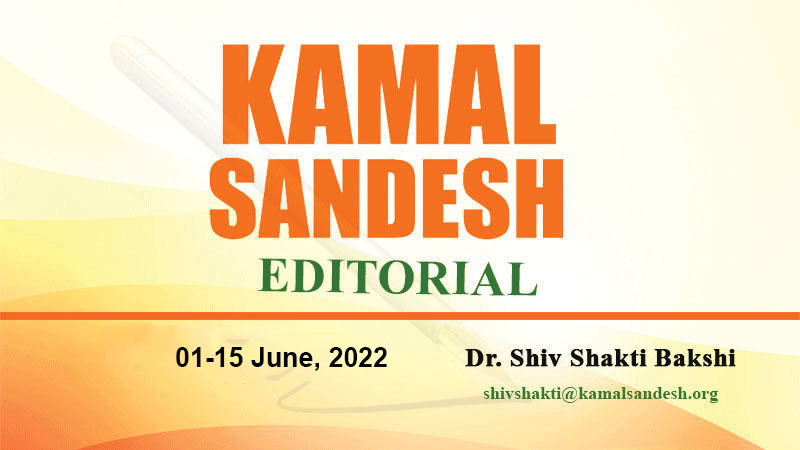 The decision of the Modi government to reduce the central excise duty on petrol and diesel has been applauded by experts and welcomed by the people across the nation. While announcing the excise cut, the Finance Minister, Smt. Nirmala Sitharaman, also announced a subsidy of Rs. 200 on cooking gas for more than nine crore Ujjwala scheme beneficiaries. At the same time, reduction in custom duty on raw materials and intermediaries for plastic products, iron and steel was also announced. It may be noted that the Modi government had substantially slashed petrol and diesel prices just a few days earlier, giving huge relief to the people amid the COVID-19 pandemic affected and war-torn global scenario. Whenever a situation starts posing challenges to the nation, India, under the strong and determined leadership of Prime Minister Shri Narendra Modi, reciprocates with solutions while providing huge relief to the people. As the Modi government has taken steps to provide huge relief to the people, the opposition governments in various states should reciprocate in a similar manner in the interest of the masses.

The reduction of extreme poverty in the nation, even amid the pandemic, speaks volumes about the pro-poor policies of the Modi government

While addressing the BJP national office bearers meeting, Prime Minister Shri Narendra Modi exhorted the BJP karykartas to continue their march tirelessly to fulfil the aspirations of the nation in the ‘Amrit Kaal’—the coming 25 years. He also stated that people’s continuous blessings for the BJP should not make karyakartas complacent, as people have high expectations from the BJP. BJP National President Shri Jagat Prakash Nadda has emphasised further strengthening of party organisation while ensuring last mile delivery of the government’s welfare schemes to the people. While the BJP has emerged as the world’s largest political party, it is also known as a unique party functioning on the basis of lively internal democracy and its committed and disciplined karyakartas. Unlike other dynasty-based, caste-based, and region-based political parties, the BJP is a party dedicated to national causes, having selfless karykartas in its ranks. It has therefore become the first choice of the people under the dynamic leadership of Prime Minister Shri Narendra Modi, having earned the faith of the masses for its commitment to the concepts of “Antyodaya” and “Nation First”. The commitment of millions of BJP karykartas may be seen in the ‘Seva Hi Sangathan Abhiyan’ when a record of selfless service to the people was created amid the raging tide of the COVID-19 pandemic.

The last eight years of the Modi government at the centre may be seen in the transformative policies of the government which have catapulted India to the first rank nation in the world today. While India has led the fight against the COVID-19 pandemic from the front, challenges were converted into opportunities with the call of “Aatmnirbhar Bharat Abhiyan”. The last eight years have seen a huge jump in electricity access, sanitation access, access to drinking water, clean cooking fuel, bank accounts and mobile phones, enhancing the ‘Ease of Living’ of the masses. The reduction of extreme poverty in the nation, even amid the pandemic, speaks volumes about the pro-poor policies of the Modi government. A large number of schemes like Ujjwala, PM Jan Dhan Yojana, Ayushman Bharat Yojana, PM Kisan Samman Nidhi, Garib Kalyan Yojana, PM Awas, and Jal Jeevan Mission are transforming the lives of the poorest of the poor, bringing huge relief to SC, ST, OBCs, women, youth, and the deprived sections of the society. Today, while India’s march is acknowledged by the world, the nation is set to scale new heights under the visionary leadership of Prime Minister Shri Narendra Modi, scripting a new saga of achievements every day.