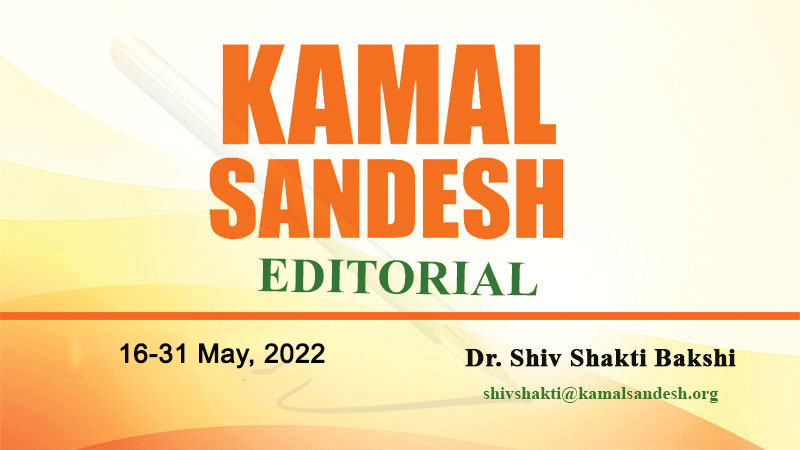 The recent visit of Prime Minister Shri Narendra Modi to Germany, Denmark, and France has not only broken new ground but also shows India’s willingness to proactively forge partnerships in new areas. The new dynamism currently seen in India’s foreign policy reflects its commitment to shouldering responsibilities on global issues while creating partnerships with various countries at different levels. It represents an India booming with newfound confidence under the visionary leadership of Prime Minister Shri Narendra Modi as it has come out of cold war hangovers by engaging with every country without reservations. The partnership with these European nations is set to boost India’s prospects in various fields in the coming days while meeting the requirements of these partnering countries. While green and sustainable development partnership was inked with Germany, agreement on collaboration on green hydrogen and renewable energy was the issue closer to the heart of PM Shri Modi. The Migration and Mobility Partnership was another important agreement signed with Germany during the visit.

In the last two years of the COVID-19 pandemic, India has emerged as a major global leader. It not only successfully faced the challenges of the pandemic but actively helped other needy countries in their time of crisis by providing medicines, PPE kits, oxygen, vaccines, and medical equipments

The visit to Denmark was another landmark event that has further strengthened the partnership between the two countries in many fields. The cooperation announced in green technologies, green hydrogen, renewable, green sustainable development solutions, and the commitment to fight climate change together have further strengthened the green strategic partnership between the two countries. The extensive discussions between the Prime Minister and Danish PM, Ms. Mette Frederikson, also led to the expansion of economic trade, investment, and digital and innovation cooperation between the two countries. Aside from these, agreements were reached in the areas of skill development, vocational education, and entrepreneurship, as well as an agreement to collaborate in the range of areas towards animal husbandry to dairying and arctic cooperation. In the course of attending the India-Nordic Summit, the Prime Minister had fruitful engagements with the leaders of Finland, Sweden, Norway, Denmark, and Iceland. While making a brief stopover in France on his way back, the Prime Minister had a meeting with President Macron, further cementing the strong ties between the two countries. They held wide-ranging talks on bilateral engagements, including defence, space, civil nuclear cooperation, and people-to-people linkages.

In the last two years of the COVID-19 pandemic, India has emerged as a major global leader. It not only successfully faced the challenges of the pandemic but actively helped other needy countries in their time of crisis by providing medicines, PPE kits, oxygen, vaccines, and medical equipments. The manner in which different countries appealed to Prime Minister Shri Narendra Modi to take the initiative in resolving the crisis due to the Russia-Ukraine war shows the growing stature of India at the global level. Apart from helping other countries in their time of crisis, whether be it the COVID-19 pandemic or any natural calamity, India has made five commitments at COP 26 on climate change and is working actively to fulfil those commitments. India’s initiative to establish an International Solar Alliance is winning accolades all over the world. Today, India, under the dynamic leadership of Prime Minister Shri Narendra Modi, is sharing global responsibilities and emerging as a new hope for the world. There is no doubt that the agreements signed with these nations will further build an enduring partnership with Europe while opening new areas of opportunities to all the partnering countries.

emerging India New Hope The World
Next post in category