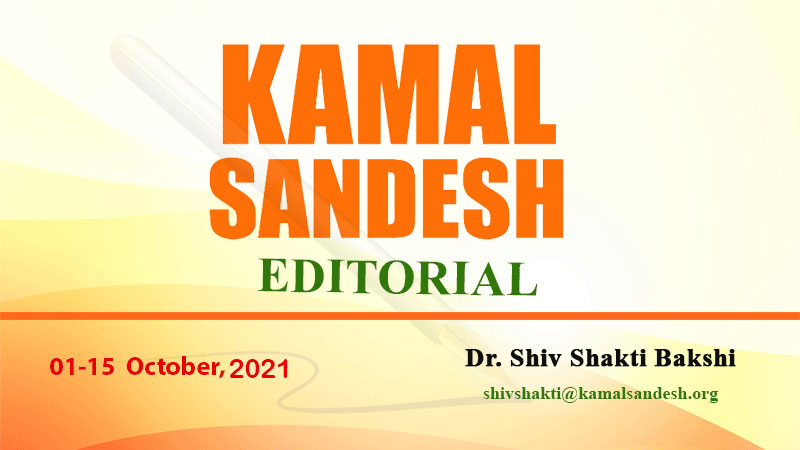 A world record was created on 17th September 2021, the 71st birthday of Prime Minister Shri Narendra Modi. As millions of BJP karyakartas across the nation dedicated themselves to ‘Seva aur Samarpan’ programme by organising ‘Seva Karya’ on the day, the people in the entire country came together to give a special gift to their beloved leader by creating a world record of 2.5 crore vaccination in a single day. While the entire world watches with amazement, India creates records after records in the course of world’s largest and fastest vaccination drive. Before creating the world record of 2.5 crore vaccination in a single day, India crossed the landmark figure of one crore vaccination in a single day several times. It not only shows the strength of the country but also shows the unity and resolve of the people to fight the Covid-19 pandemic and overcome this global crisis as soon as possible. The people of India are creating history on the strength and commitment of its doctors, nurses, medical staff, lab technicians, pharma sector, health workers and Corona warriors in the time of pandemic.

In the difficult times of Covid-19 pandemic India has traversed through many milestones under the dynamic and visionary leadership of Prime Minister Shri Narendra Modi registering many records in its name. It was the persistent efforts and encouragement given by the Prime Minister that India achieved a major breakthrough in producing two ‘Made in India’ vaccines which have further strengthened the fight against pandemic. The unwavering faith in the capacity of Indian scientists, innovators and researchers has resulted in such a massive achievement which is not only a boon for India but for the entire humanity. It is the mass production of ‘Made in India’ vaccines that the world’s largest and fastest vaccination drive is progressing with such a speed that vaccinating the entire population of India even before the stipulated time seems attainable. As the availability of vaccines is soaring with every passing day, the Modi government has rightly decided to open up the export of vaccines to other needy countries to serve the humanity globally.

While India is not only creating records in conducting the world’s largest and fastest vaccination drive but it has also created records in containing the pandemic to the minimum in a country having such a huge population. India has shown complete control and progressive improvement in almost all the parameters while creating massive health infrastructure, installing oxygen plants and boosting manufacturing of various life saving medicines and medical equipments to meet the challenges of the pandemic. In addition to free vaccines, the free ration given to 80 crore people across the country and support extended to deprived and vulnerable sections of the society are the steps which show the strong commitment of the Modi government to fight the pandemic with full strength.

As the tide of the pandemic is receding progressively, Indian economy is bouncing back with even more energy and dynamism than before. If the economy is today on the path of double digit growth then the credit goes to the reforms initiated during the pandemic under the Prime Minister’s call for ‘Aatmanirbhar Bharat’ campaign. The ‘Annadatas’ have made the nation proud by their hard work which has resulted in record agricultural production during the pandemic. The commitment of the Modi government to double farmers’ income can be seen in the increasing incomes of the farmers due to new MSP regime ensuring one and half time return on the investments along with various reform initiatives in the agricultural sector. While India is on the path of fast recovery, the entire world is also looking up to India for support, expertise, help and cooperation on fighting various menaces afflicting the world. There is no doubt that amid the glooms of pandemic, India shines globally.