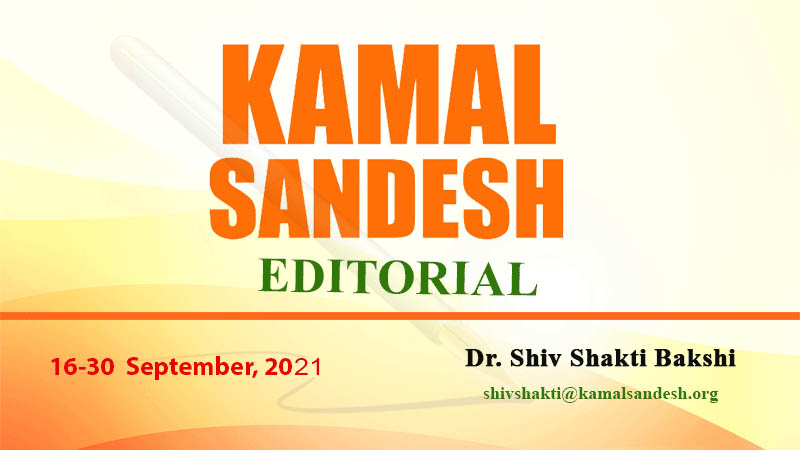 As Prime Minister Shri Narendra Modi leads with huge margin among the world’s top leaders with the approval ratings of 70%, India has vaccinated more than 70 crore people in the beginning of second week of September 2021. India is now the only country in the world which has vaccinated more than 1.25 crore people in a single day marching far ahead of the most advanced countries in the world. If the enthusiasm and support of the people continues, India will be able to vaccinate its entire population much before the deadline creating a new record which appeared impossible till a few month back. It is to be noted that when the vaccination programme was decentralized on the appeal of the opposition parties and the opposition ruled states started failing in conducting vaccination programmes in their states, Prime Minister Shri Narendra Modi announced free vaccination for the entire eligible population launching special drive for 18-44 year age group people also from 21st June 2021 onwards. As a result, India is creating records after records in spearheading the world’s largest and fastest vaccination drive securing the health of the people across the country.

While under the dynamic and charismatic leadership of Prime Minister Shri Narendra Modi free vaccination drive is going on in full pace, free ration is also provided to eighty crore people across the country. It is not only a record but shows the commitment and strong will power of the Modi government to defeat the Covid-19 pandemic at any cost and keep the people united in the fight against this global crisis. While the doctors, nurses, medical staffs, lab technicians, administrative staff, medicine manufacturers and Corona warriors have shown indomitable courage and commitment in fighting the pandemic, the scientists and researchers have made the nation proud by producing ‘Made in India’ vaccines in such a short time. Now, the health teams spread over the country are giving proud moments to the nation by vaccinating millions of people every day through their dedication and hard work and creating world records every now and then by crossing the figures of more than one crore vaccination in a single day. The united spirit of the nation has shown the indefatigable spirit and untiring resolvel in facing the challenges of the pandemic which sometime back appeared insurmountable and extremely difficult.

The nation has not only shown steely resolve in fighting the pandemic but also fought back with double efforts after every pandemic related lockdowns. While the farmers have made the nation proud by registering record productions, the Modi government has responded by not only increasing MSP of various crops immensely but by making unprecedented amount of purchase of food grains under the increased MSP regime. The last quarter of the economy with more than 20% GDP growth has shown that the economy is bouncing back. The more than 9% growth registered by the core sector and manifold increase in exports further show positive signs for the economy.

While the nation stood united in the fight against the pandemic, the Congress led opposition played an extremely negative role trying to create an atmosphere of panic and doubt in the country. The people can never forget as millions of BJP karykartas served the people through ‘Seva Hi Sangathan’ campaign during the pandemic, the Congress and its allies were busy in demoralising the nation through their false propaganda campaigns doubting the capabilities of the people to spearhead fight against the pandemic. The nation has not only responded to every challenge of the pandemic but also gave a fitting reply to the misleading propaganda by Congress and its allies. Today, as the nation confidently marches ahead in every sphere creating examples before the world, India is preparing to move into the ‘Amrit Kaal’ aiming at a vibrant future ahead.